This is a phone that you may or may not have heard of, it’s the R17 Pro from Oppo and Oppo is doing a lot of really cool and innovative stuff with their smartphones. It is equivalent to the One plus 6 but the r17 pro is sort of this high-end mid-range smartphone because it has a Snapdragon 17 processor 8 gigabytes of RAM a 128GB of internal storage. There’s no micro SD card slot for expandable storage but I think 128 gigabytes is gonna be enough for most people. It also has a 3700mAh battery and it’s running color OS version 5.2 on top of Android 8.1 Oreo. Oppo r17 pro price in Pakistan is PKR.109,999/- Let’s read out in detail to explore the Oppo R17 Pro Review. 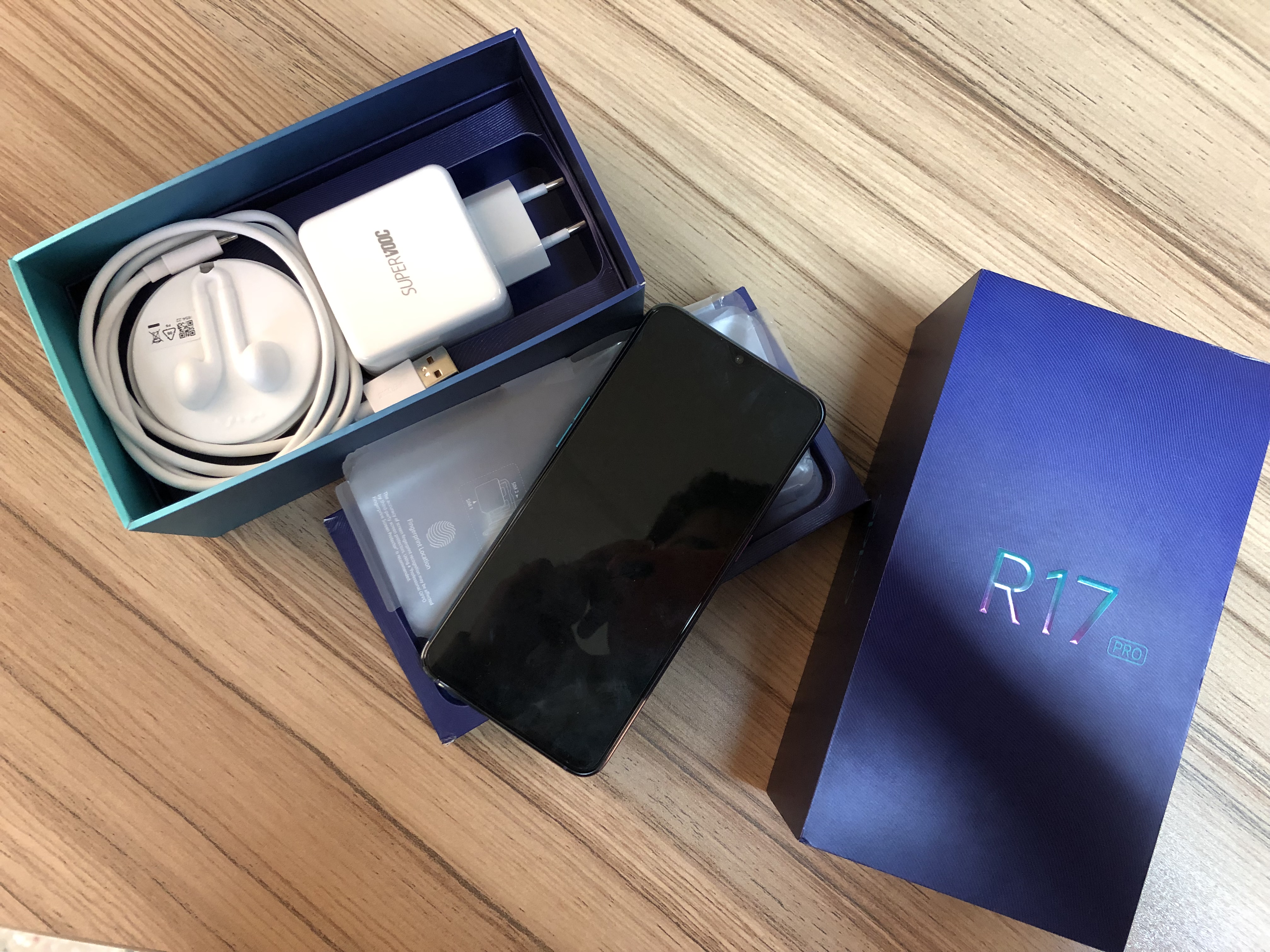 Now there are a handful of things that make this phone really interesting. One of those things is the water drop or tear-shaped knotch and this is not the first time that we’ve seen Oppo use this particular style of knotch. I like this notch way better than any other notch on other smartphones for a few reasons one it’s smaller – it eats up a lot less of your screen and three it just visually looks more appealing.  So even though I’m not that big of a fan of notches I really don’t mind this one that much at all and the secret behind this notch is it only houses a front-facing camera.  The other sensors like the proximity and light sensors are actually hidden underneath the display and then the speaker or the earpiece is just this tiny little slit of a speaker. Check out the image in Oppo R17 Pro Review. 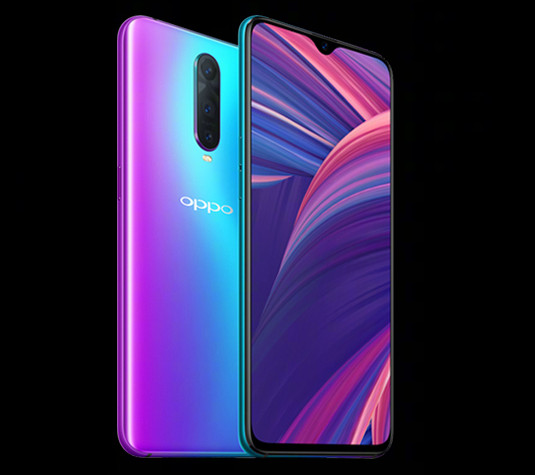 Oppo R17 Pro is a six point four inch AMOLED panel and it’s really vibrant really colorful. It’s a really good looking panel overall I really have no complaints about it the second thing that makes this phone really cool is the in screen finger sensor. We’re starting to see this technology crop up more and more on our smartphones and the in screen fingerprint sensor on the r17 Pro Oppo says it will unlock the phone in just 0.4 seconds which is pretty fast. It definitely does feel pretty quick but it’s still a step behind the traditional fingerprint sensor. I think the biggest thing for me here is just the overall consistency it’s fast for the most part but then there are times where it ends up taking a full second or two to actually unlock. Check out the image in Oppo R17 Pro Review.

The fingerprint sensor animation ends up happening more than once when it’s trying to read your fingerprint but I think like traditional fingerprint sensors which got better and faster and more accurate over time. I think the same thing is gonna happen with these on-screen fingerprint sensors. I like the in screen fingerprint sensor it feels very futuristic and it also makes the design of the phone look a lot cleaner. You don’t have a physical fingerprint sensor on the front or the back and the R17 Pro is already a really good looking phone. It’s a very sleek phone very curvy it’s really comfortable to hold in the hand plus it also has really excellent build quality. It has Corning Gorilla Glass 6 on a front and back and metal rails on the sides so it’s a very high quality feeling phone. I also just love the way this phone looks especially in this fog gradient color the way that it transitions from the purple to the blue is just absolutely incredible. I never really get tired of looking at it this might remind you a lot of the Twilight color on the Huawei p20 pro but I like Oppo implementation a little bit better because it’s not reflective and because it’s not reflective it doesn’t show fingerprints and smudges quite as easily there’s also no headphone jack on this phone so if you care about headphone jacks. 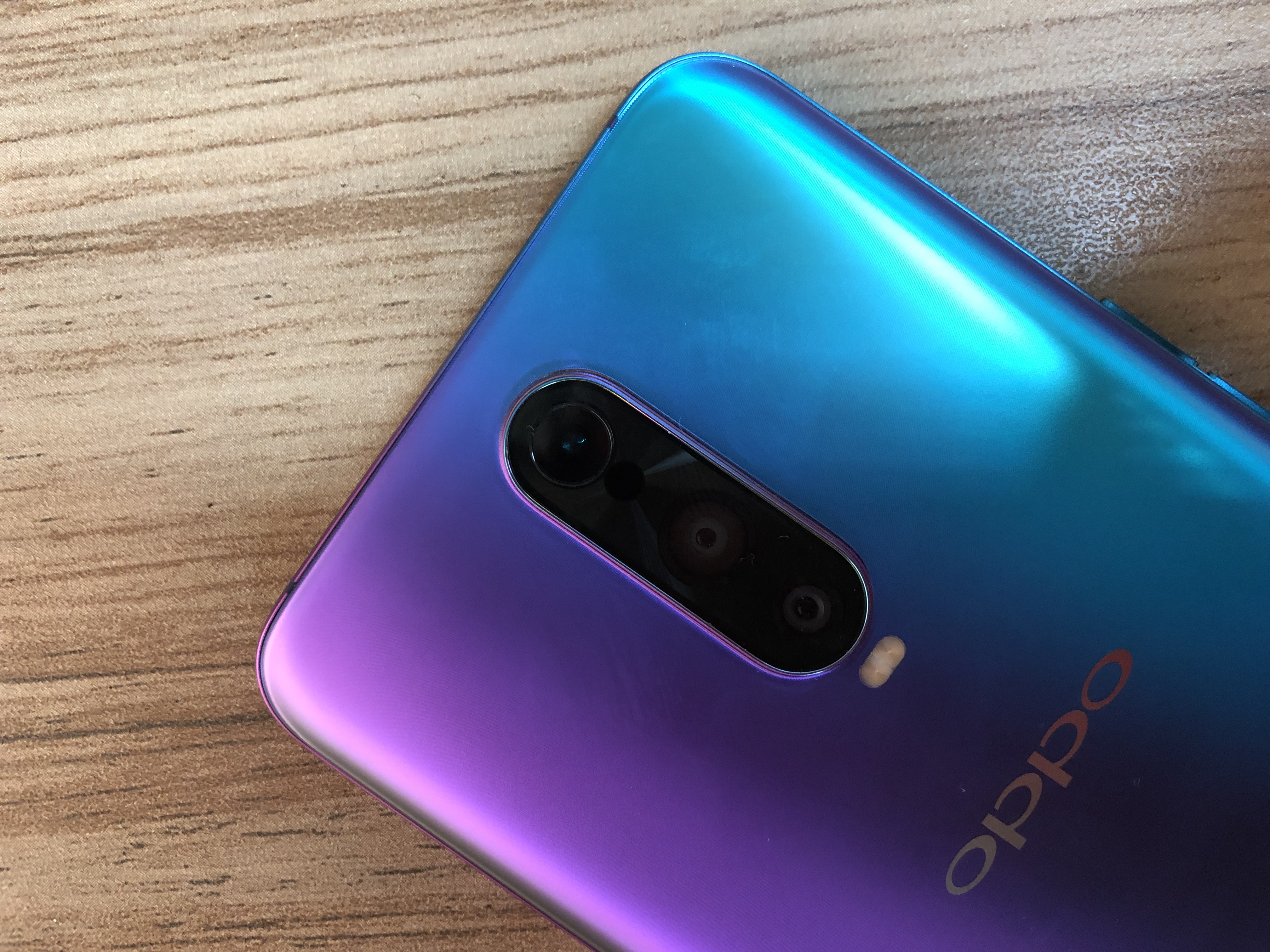 I want to talk about is the cameras and this phone has three cameras on the back but they may or may not be what you’re expecting the main camera is a 12-megapixel camera with 1.4-micron pixel size and optical image stabilization. It also has a variable aperture of an f.15 and f2 point, the second sensor is a 20-megapixel camera and this sensor is basically designed for creating these 3d portrait lighting effects on the rear camera. Check out the image in Oppo R17 Pro Review.

It’s meant to make your portrait mode photos look a little bit more artistic and professional while the third camera is not a wide-angle or telephoto lens it’s probably not even a lens that you would even guess. It’s actually a TOF or time-of-flight 3d camera and this camera allows you to create 3d scans of objects or people and it sort of reminded me a lot of the 3d creator app that we saw on Sony Xperia phones. It sort of works pretty similarly you just circle the phone around the object or person and it creates a 3d scan but I didn’t find this feature to be particularly useful I don’t know if I ever would I think. Check out the images in Oppo R17 Pro Review. I would have much rather preferred a more traditional wide-angle or telephoto lens but as a camera itself it does take really great photos I was pretty impressed with the quality, it has excellent color reproduction really great dynamic range. Check out the image in Oppo R17 Pro Review. 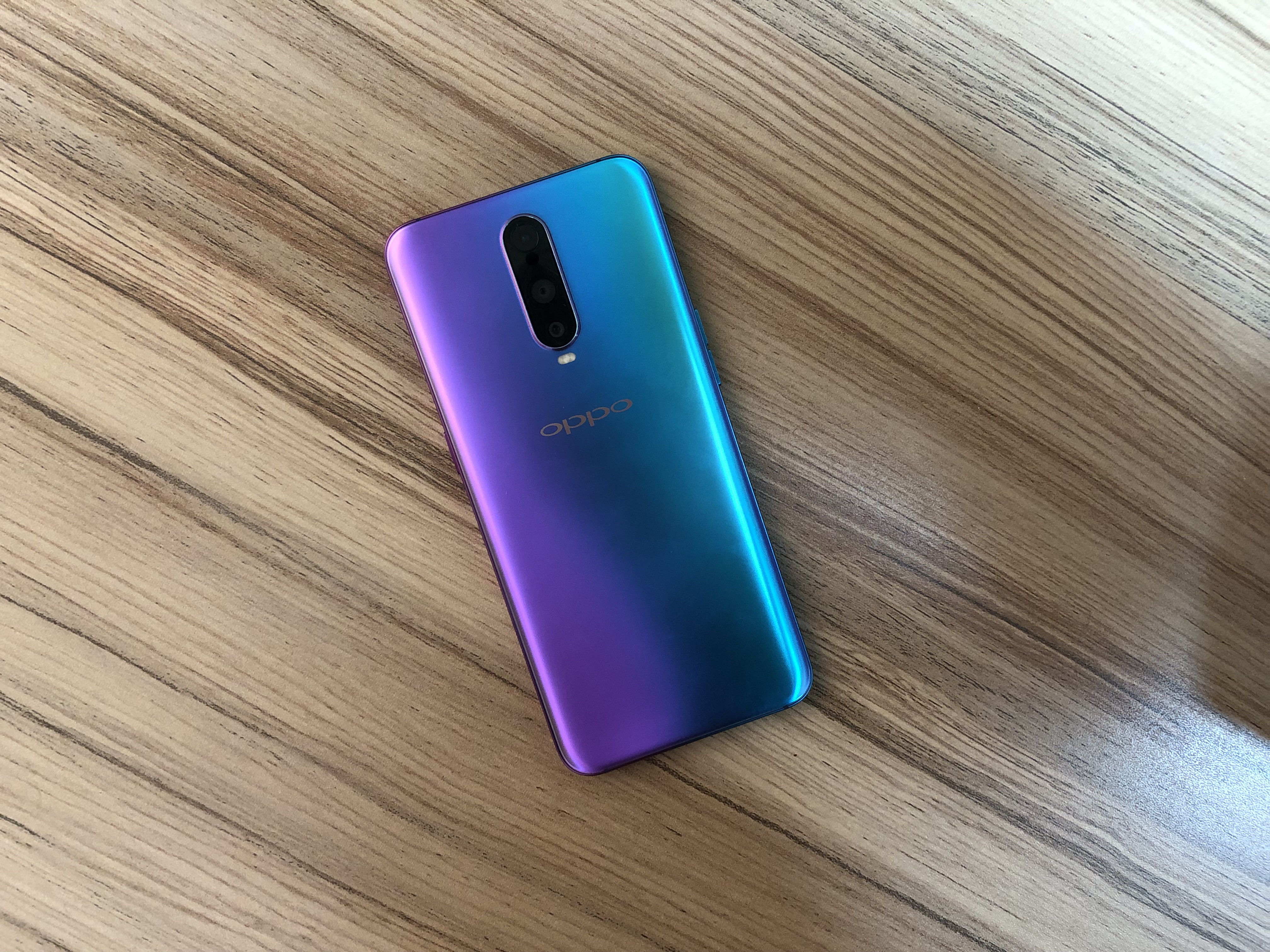 The ultra night mode that’s on this phone is pretty impressive it does take a couple of seconds to process and take the image but the results are actually pretty cool. when night mode is enabled and you also just get a brighter image overall the only downside to these photos is I think they over sharpen them a little bit to give the illusion of more detail but otherwise I really like what this ultra night mode is capable of doing.

You might be a little bit disappointed in that but it is what it is this next one is gonna sound a little bit weird but the battery on this phone is actually worth talking about because it’s a little bit different from batteries on other smartphones. It actually has two batteries inside instead of just one for a total of 3,700mAh so it’s to 1850 mAh batteries.

The reasoning behind this is so that it can charge the phone faster and more efficiently and this phone does support super VOOC flash charge which gets the phone 40 percent in 10 minutes.  I actually tested this  Oppo r17 Pro and it really charges after 10 minutes, I was at 40% and I even took this test a couple of steps further and after another 10 minutes I was at 74% and after 30 minutes I was at 96% so basically after about 30 minutes you can get a completely charged. Oppo R17 Pro which is pretty impressive, it doesn’t have wireless charging if you like wireless charging but with super VOOC flash charge being as fast as it is I don’t really care that much that it doesn’t have wireless charging.

Oppo R17 Pro Review – Oppo R17 Pro is an excellent device with so many great features like RAM & ROM combo, perfect camera lenses. Its best feature is Super VOOC charging which quickly charges the phone fully in less than 20 minutes, it is the best feature. Its price is very high because of all these new features but people will still think to spend this much amount of money on an Oppo device.