OPPO has finally launched its last release in the R7 series in the name of OPPO R7 Lite, the device is launched after some disappointments, the price been one of the major issues. In our opinion, if you have to make space in the market and want to make a good total, all you have to do is to keep the price low and build quality smartphones that must have something unique and something special so that users may strive for it. OPPO R7 Lite Review or OPPO R7kf Review will guide you through the specs, details, cons and pros, features and much more.

OPPO R7 Lite is a slim, slender and trim device with the shape that matches exactly with the shape of OPPO R7. It has a better grip in the hand and once held in hand gets an extra grip. The perfect 13MP camera with one of the world’s best lens(Schneider Kreuznach) is at the top edge on the left side and the 8MP front camera is present besides the earphone on the left that suites its beauty. The dimensions along with the weight are nearly the same as the dimensions of OPPO R7. No matter you are holding OPPO R7 or OPPO R7 Lite, you will observe the common taste.

OPPO R7 has 5 inches display. After testing the OPPO R7 Lite with GPU bench mark, it gets a total of 14,166 which is relatively better than that of OPPO R7 as you may watch in the OPPO R7 Review. The screen resolution score is also greater than the GPU score that proves the value of its display and takes OPPO R7kf Lite to the top level smartphones. The GPU is Adreno (TM) 405 Qualcomm. GPU Version is OpenGL ES 3.0, GPU Frequency is 220MHz~550MHz. The display resolutions are 1080*1920 along with 480dpi. The screen supports up to 5 consecutive touches simultaneously. Consult the GPU Bench mark portion at the end of OPPO R7 Lite Review.

Better and value smartphones do need better and huge memory that can hold lot many and huge apps that do need huge memory. OPPO R7 Lite Review has 2 GB of RAM, 16 GB ROM that makes it a perfect device. OPPO R7kf (OPPO R7 Lite) also supports a memory card port that can be expanded up to 128GB with a microSD card. Scoring about 30 thousands with Antutu and making all the processes smooth and efficient is not only the work of an Octacore processor but is the Processor, RAM, ROM, Display and other specs in total.

Nearly all the smartphones in the R7 series supports 4G-LTE which includes OPPO R7, OPPO R7k and others and now as OPPO R7kf also has a Qualcomm’s Octa core processor so all a user can expect is that OPPO R7kf will also have 4G-LTE support and surely it has the latest and the fastest data access support. The bands are:

OPPO R7kf also supports Dual SIM with Dual SIM standby support. OPPO devices once plugged in with the USB cable to your PC have a builtin software that gets installed in your PC and whenever you connect your OPPO R7kf (OPPO R7 Lite) with your PC, it will be easy to go.

The rear camera is 13 MP with lens of Schneider Kreuznach as shown in the Antutu which takes images with (4208*3120) dimensions in the normal mode. The size of the image increases up to 7.70 MB in perfect daylight and with (5824*4368) pixels in HD mode. Camera is guarded with a silver band around it and is supported with an LED Flash-light which looks small but works fine like the flash-light of iPhone, having small size with good results. 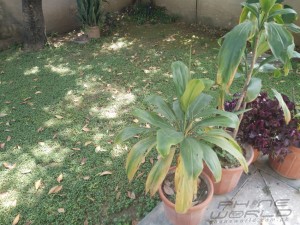 The front camera(selfie cam) is also better than many other smartphones and it is 8MP with (3264*2448) pixels. The selfie cam is also loaded with many options like normal and beauty options plus a cart is also introduced for more options to be purchased. This will enhance the worth of the camera. 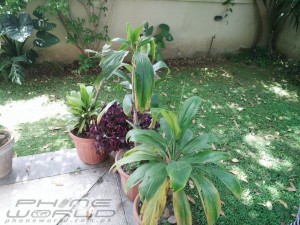 OPPO R7kf is an adorable smartphone with a brand new look and easy grip that can fascinate anyone and can absorb anybody’s attraction with not only its specs but the shape and body as well. The box contains a 2 amp charger, USB cable, attractive and well beats earphones and a manual.

The end to end flat dimensions of OPPO R7kf are mentioned in the following four snaps that shows all sides of R7kf.

OPPO R7kf has a customized interface that looks cool and attractive from all angles. One won’t feel dizziness using OPPO R7 Lite(OPPO R7kf) for hours due to its sky blue, whitish and green interfaces. The icons are smooth and have well finished borders with its greater density per inch. The storage is mentioned in the third snapshot that shows the space occupied, space free and space captured by system files. The fourth snapshot shows the battery, its duration and percentage that is available. The battery power can be managed to work for long once the “Normal power saving” button is turned ON.

Bench marking OPPO R7kf with standard apps for its performance:

OPPO R7kf is a high end smartphone that needs to be bench marked with standard apps and tools to check for the power and performance of processor, RAM, ROM, GPU, Camera etc. The results along with the snapshots are given along each bench marking app, consult below.

Making a total of nearly 30 thousands with Antutu (a standard app internationally) that checks the performance of CPU, GPU and bench marks it with standard smartphones, keeps OPPO R7 Lite (OPPO R7kf) in the mid-end category with the above mentioned high end smartphones.

Checking with Qualcomm’s app, the so called Vellamo shows that OPPO R7 gets 985 points for its single core test, 1153 for its aggregated 8-cores and 2502 for its chrome, proving that the device is fast and efficient especially with the browser’s point of view that makes a place for itself under LGE LG G3.

CPU-Z is a system checking tool that checks for the specifications and for the hardware and software, including battery, sensors, CPU, OS and all other necessary things in a glance. The results for OPPO R7kf Review are shown in the following snapshots below.

OPPO R7 Lite  has a powerful GPU chip of Qualcomm with GPU Adreno (TM) 405. GPU Version is OpenGL ES 3.0, GPU Frequency is 220MHz~550MHz. The display resolutions are (1080*1920). The density per square inch pixels are 480dpi. Amazing part is the Screen normalized score that is much much greater than the acquired score with GPU Benchmark. The GPU score of OPPO R7kf has been compared with that of Huawei Honor 4C. The total score of GPU for Huawei Honor 4C is though better than OPPO R7 Lite yet the screen normalized score of our OPPO R7kf is far more better that reveals that OPPO R7kf has a better display that Huawei Honor 4C.

A device with 2GB RAM, 16GB ROM and a super fast processor with 1.5 GHz speed and 8 cores of type 64 bit has the capacity that can run heavy apps and games with ease, efficiency, competence and effectiveness like OPPO R7 Lite. OPPO R7 Lite has been tested with the following games that feels no burden and can run heavy games efficiently.

OPPO R7 Lite Review shows that the device is a powerful device with an Octacore processor which is clocked at 1.5 GHz speed and is an efficient processor chip of Qualcomm which is energy economic as well as it doesn’t get heat with load. The powerful camera of 13MP as its capacity with one of the world’s best lens system been used for its rear camera that captures images with the object’s true colors. The front camera is also amazing with its 8MP strength.