According to one of the FCC documents, the phone with model number SM-A725M comes with a travel charger rated at up to 25W. This is quite interesting that Samsung has brought its standard fast charger for a lot of its devices since the Galaxy Note10-series came around. 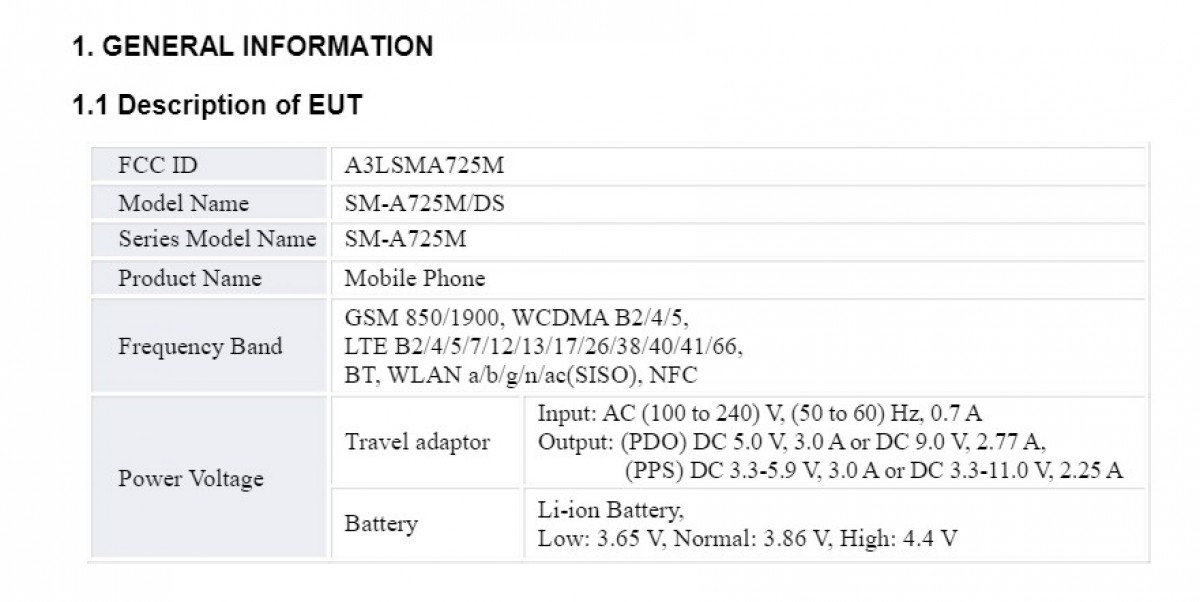 Unfortunately, this is all which the FCC listing revealed. A few days earlier, the Galaxy A72 4G model has appeared in the Geekbench database with 8GB of RAM, and a Snapdragon 720G SoC. According to some other reports, the phone will come with the same design as of its 5G sibling. According to that, the phone will feature a 6.7-inch screen and a quad-camera setup at the back.