Sony, the Japanese company is good to go to dispatch its cell phones for Pakistani fans after prolonged stretch of time. It is accounted for that Sony will hold its deals and administrations focuses in Pakistan inside couple of days. Sony to Re-Enter Pakistani Smartphone Market. Let’s read SONY XPERIA XA1 Review in detail.

They have introduced their some latest devices. Today we will look upon the mid-range device of Sony, it is heavily loaded with features. The device name is “SONY XPERIA XA1” and price of this device in Pakistan is PKR.27,999/-. 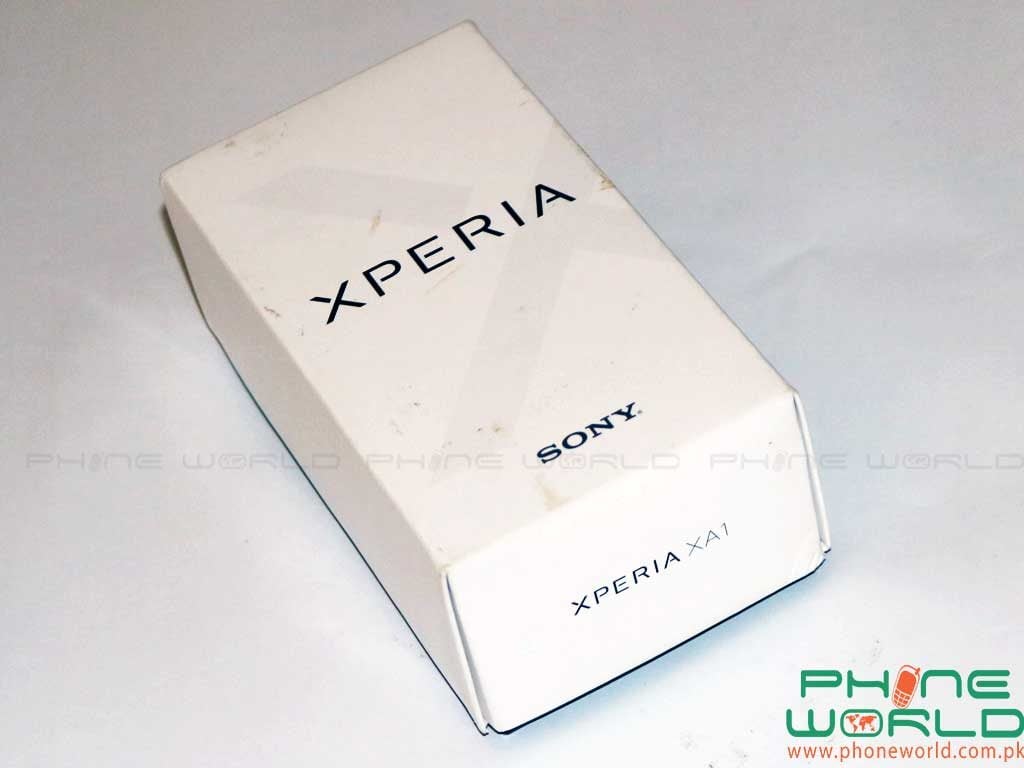 Sony Xperia xa1 has 5.0 inches’ device with IPS LCD touch screen. The display supports 720 x 1280 pixels resolution with 320 dpi which is considered as mid-range feature. Its multi touch has disappointed us because it scored only 4 points in it which is very less.

If we talk about its design then first part is front body in which on top side it has front camera lens with LED notification light and network sensor. Down side has nothing on it except the air piece while the functional keys are working within in the screen plus it doesn’t have any bezel layer around its front body. Check out the design of front body in SONY XPERIA XA1 Review.

One edge has volume keys and prominent power button whereas opposite edge holds SIM jacket. The top edge has audio jack and mic while the down edge has speakers and microUSB connector. Top and bottom edge is covered with bezel layer.  Check out the design of edges in SONY XPERIA XA1 Review.

The back side of Sony Xperia Xa1 is very simple and decent because it has only back camera lens and LED flash light on it. Rest of the body is totally simple.  Check out the design of back body in SONY XPERIA XA1 Review.

Sony Xperia XA1 has 32 GB ROM and 3GB RAM, that can be extended up to 128GB by means of a microSD card. It has isolate memory card space at top edge. 32GB ROM is very palatable for recordings and applications in addition 3GB RAM makes it a gadget with great memory.

Sony Xperia XA1 conveys Li-ion battery 2300 mAh that will give six to seven hours remain by hours of utilization. Battery is settled in non-removable back cover. 2 Amp of charger will charge the handset totally in one and half hour.

23MP back camera lens, sounds super good. It is packed with f/2.0, 24mm, phase detection auto focus and LED flash light. The main features are 1/2.3″ sensor size, geo-tagging, touch focus, face/smile detection, HDR, panorama and it can record video in [email protected] with HDR. Some main modes are also available in it such as AR effect, creative effect and Time shift burst.

The front camera has average results not much satisfying because now a days other smart phone companies like OPPO, Samsung mostly focuses on front camera. If we compare with them then surely this handset has some weak front camera results. Let’s have a look at these images in SONY XPERIA XA1 Review.

The Sony Xperia XA1 is legitimately outfitted with each availability. It bolsters every one of the groups of Pakistan in 3G and 4G network. As far as possible finished LTE system or 3G organize is cat.4 450/50 Mbps.

The USB sort for charging and information exchange is 2.0, Type-C 1.0 reversible connector, same like the new part of the other advanced mobile phones. Wi-Fi works at v802.11 a/b/g/n and Bluetooth is 4.2.

We have double sim alternative accessibility in the gadget. Its SIM jacket has very good design in which two slots of SIM is separate while the memory card has totally different slot. We can enjoy the three slots at a time.

Sony Xperia XA1 has 5.0 inch display which runs android version of 7.0(Nougat) that will up-gradable to v8.0(Oreo). Let’s have a look of interface.

On lock screen network notifications are present on the top. Below of it you will find time and date widgets. camera icon is present at the right bottom that’s why there is no need to unlock the screen when you want to operate the camera. You can see Mic icon on left bottom. To unlock the screen you have to swipe right.

After unlocking the screen you will find time and date widgets on the main screen. You will find some applications arranged in a sequence on the main screen. On the bottom ob main screen there are three working function keys. Sony Xperia XA1 has file manager and file tray, where you will find all the applications. It has number of its own apps such as PlayStation, Xperia Lounge and Movie Creator. You will find a touch of bloatware too including Amazon, Kobo and AVG Apps, but you can delete them if you don’t need them or need some space. The interface of Sony Xperia XA1 looks little smoother.  Check out the Interface screenshots in SONY XPERIA XA1 Review.

Sony Xperia XA1 is automated with a progressed 1.6GHz processor which depends on the engineering of ARM-Cortex A53. The chipset of Mediatek MT6757 is highlighted which likewise underpins 720p Full HD shows, alongside Full HD video recording and playback.

The gadget has no hanging issue at all since it comprises of 3GB RAM. Sony Xperia XA1 gets warm up while utilizing the camera module that may be the issue of taking care of double cameras. That was the reason that we feared. All things considered, it’s not a major issue that influences the cell phones’ execution.

The Sony Xperia XA1 is tested by Antutu Bench marking to check its efficiency. The device has scored 58445 points which ranked it below some other competitors device but overall it is the satisfactory score.  Check out the Antutu Screenshots in SONY XPERIA XA1 Review.

We have tested the flagship device of Sony Xperia XA1 by Vellamo benchmark. It is series of test which is used to check device performance in the field of metal test, multi- core test, and single core test. The device has scored overall good points. The multi core has 2287, metal has 1378 and Chrome browser has 2532 points.  Check out the Vellamo Screenshots in SONY XPERIA XA1 Review.

SONY XPERIA XA1, a mid-range device available with satisfactory features in very economical price. As we all know SONY is back in Pakistan with its new devices and the competition is very tough these days because already some companies are doing very well. The weak part of SONY XPERIA XA1 is its multi-touch support and battery else it has performed well in every section.