Sony is set to announce its next flagship smartphone, the Xperia XZ3, at IFA in Berlin tomorrow. A lot of leaks and rumors have already revealed the details about the upcoming flagship. Recently, a new Geekbench listing showed up confirming a few more details about Sony Xperia XZ3 4GB RAM Variant. It seems that Sony will be offering two variants of the Xperia XZ3. The first, as confirmed by this benchmark, will ship with 4GB of RAM. On the contrary, the second model will include 6GB of RAM. 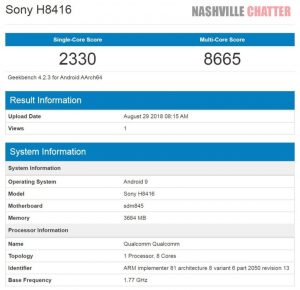 Sony’s Xperia XZ3 is rumored to include 128GB of internal storage which will be expandable via microSD. Moreover, the flagship will feature a 48-megapixel image sensor on the rear. On the other hand, the front-facing camera will be of 13-megapixels. The overall look will not differ too much from the Xperia XZ2. It will look almost same as that of its predecessor. The only major difference will be the rounded corners of the new display panel of Xperia XZ3.

There may be two variants of the upcoming smartphone. One will be the 4GB RAM variant while the second model will include 6GB of RAM. However, the availability of each will differ by region. Android 9 Pie will be pre-installed in the handset. So, it will feature Android 9 Pie straight out of the box. It will come in four colors. 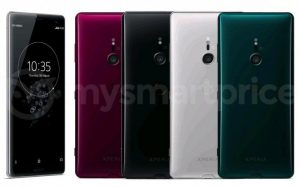 There are still no words about the price and global availability of the handset. The good part is that the Xperia Lovers don’t have to wait for more to see it as it is going to launch tomorrow.