According to rumors the all new Realme 5s smartphone price will be 33,999 PKR. If rumors are to be believed, this exquisite smartphone is set to launch on December 29th, 2019. 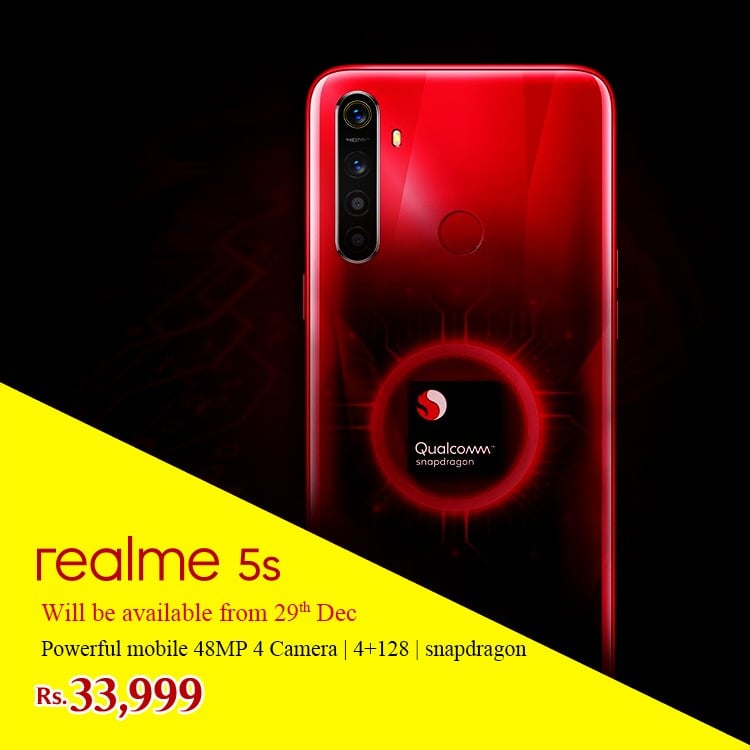 Identical to Realme 5 except primary camera, the Realme 5s an upcoming smartphone by Realme, a Chinese smartphone manufacturer owned by OPPO. This phone is described as a successor to the Realme 5, a budget smartphone that the brand had introduced in 2019. The phone has budget specs and modest improvements over the Realme 5, including a quicker processor and better camera setup. This handset, like the Realme 5, also features a large battery. It comes with an exquisite primary camera of 48MP  that can be perfect without burdening pocket power for photography lovers. Suitable screen size of 6.5 inch IPS LCD display having a screen resolution of 720 x 1,600 pixels.

The Snapdragon 665 SoC from Qualcomm is expected to drive the Realme 5s. This is Qualcomm’s mid-range chipset and has been used in the past on several budget smartphones. Even though it’s a slightly older processor, it’s still considered one of Android’s best-budget SoCs. The Realme 5s will be sold in a 4GB RAM and 64GB storage version. This smartphone price is expected to be settled at 33,999 PKR.