Keeping in mind the craze of Game loves, Xiaomi has introduced two gaming smartphones last year. Back in April, the company has launched its first gaming device, Black Shark. Then in October Xiaomi has introduced the second gaming phone, Black Shark Helo. It was launched with 10 GB RAM and 256 GB storage. Now the company is also working on another gaming smartphone. As Xiaomi Black Shark Skywalker Pops up on Geekbench with Snapdragon 855.

Xiaomi Black Shark Skywalker will have at least 8GB of RAM 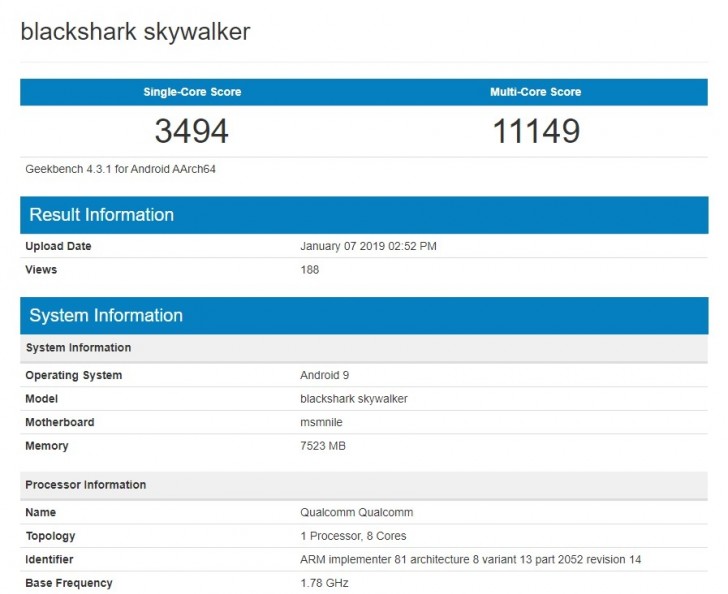 The previously launched Xiaomi Black Shark Helo has a similar design as of the Black Shark. The previous gaming phone has a 6-inch AMOLED display complete with a Full HD+ resolution (2160 x 1080p). Moreover, the phone also has front-firing stereo speakers which sit along the edge of the frame. Furthermore, the Chinese brand has reduced the size of both the top and bottom bezels. It has also removed the physical key that was available in the previous model.

We hope that the upcoming gaming phone will also have the same design but more advanced specs. Let’s see when Xiaomi will launch this smartphone.