Xiaomi has unveiled its first Android One smartphone last year, namely Mi A1. Now one more low-cost smartphone under Mi A series is going to release very soon. The new smartphone will be Mi A2. Recently, Xiaomi Mi A2 with Android One tested on Geekbench and revealed some of its key specs.

Xiaomi Mi A2 with Android One tested on Geekbench 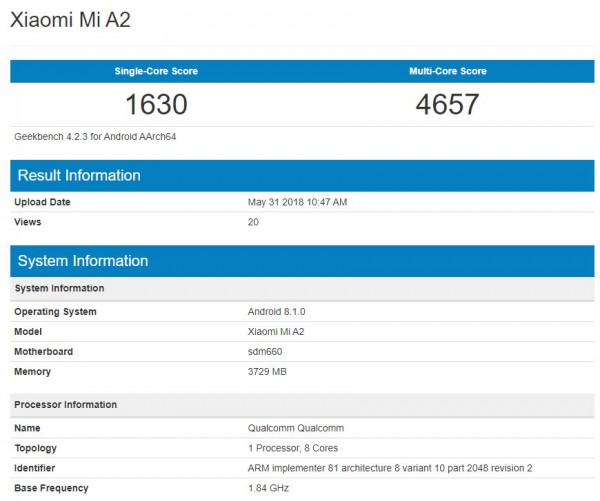 Furthermore, the phone is expected to launch very soon. Let’s see what Xiaomi will offer for this phone.