As we all know Xiaomi has achieved success in market rapidly and giving a very tough time to its competitors in very short time. Xiaomi Redmi 4A and Xiaomi Redmi Note 4 are the successful devices of Xiaomi. Today we are going to reveal it’s another sibling “Xiaomi Redmi 4X“. Price of Xiaomi Redmi 4X in Pakistan is PKR.18,900/-. Let’s expand its all features in Xiaomi Redmi 4X Review.

Xiaomi Redmi 4X is 4G enabled device with the screen size of 5 inches’ that supports 720 pixels. This device has Qualcomm Chipset which is a big advantage because it is faster chip set than any other. It has 32GB ROM and 3GB RAM whereas camera section has 13MP back camera lens and 5MP front camera lens. The power house has 4100 mAh battery while fingerprint sensor is also accessible in Xiaomi Redmi 4X.

Xiaomi Redmi 4X has 5.0 inches’ screen with the supportive resolutions of 720 x 1280 pixels. The supportive density per pixel is 320 dpi for the clear visibility of icons and texts.

Pure colors have been used and brightness is very well-managed. Auto brightness option is also accessible which automatically adjust your brightness depends upon current light situation.

The redmi 4x has mostly used cool colors in its display which presents a very calm and soothe effect. The device has very smooth touch and it has scored full 10-points in multi-touch test which shows it has awesome touch set.

Design wise Xiaomi Redmi 4X is very simple and decent plus it is very light weight device. It has only 150 grams’ weight while the dimensions are 139.2 x 70 x 8.7 mm. The device screen size is only 5.0 inches’ and it is very easy to carry kind of device.

Front body has front camera and ear piece at its top. At down side, it has the function keys that are working within in the screen. A bezel layer of same body color has covered the whole screen from every corner of it.

The one edge of redmi 4x has volume keys and power button while left one has nothing on it. Upper side has 3.5 mm audio jack and mic while the down side has microUSB port and speakers on it. The other edge has SIM jacket in which we can insert memory card also.

Back body of redmi 4X has 13MP camera lens with LED flash light. It has total simple body moreover fingerprint scanner is also accessible on its back side.

Xiaomi Redmi 4X has satisfactory memory section because it has 3GB RAM and 32GB ROM. Internal memory can be increased up to 256GB with the access of memory card. Memory card slot is present at the edge of 4X.

The Redmi 4X has another excellent feature of 3GB RAM which is considered as the best one in smartphones specification. High resolution games even 3D games and videos has no lag or any kind of delay while running on this smart phone.

Back Camera of Xiaomi Redmi 4X:

Xiaomi Redmi 4X has 13MP back camera lens and LED flash light further it can record videos in full 1080 pixels at 30 frames per second.

We can adjust exposure and zoom by swapping on the screen, the circle will come up and you can adjust it per your situation. Xiaomi Redmi 4X has simple user interface as compare to other smart phones. You can bring the setting screen by swiping from left hand side. Professional mode is also accessible which gives you control over focus, shutter speed, ISO, exposure compensation and white balance.

We have taken some images from back camera of Redmi 4X. The results are very satisfactory and saturation is very well used. Intake of pictures and brightness have very good response. Noise is very little found in images unless we don’t zoom in the pictures. Let’s have a look at the images of Xiaomi Redmi 4X.

The front camera of Redmi 4X has 5MP lens with accessible screen flash light. It can record videos in full 1080p quality.

The modes available for front camera are beauty, normal and HDR. Beauty mode enhances the softness and brightness of picture.

We took some images from front camera of Redmi 4X. The results are satisfactory and we have observed brightness has very good balance. Sharpness of images are little less while saturation has also satisfactory response.

Xiaomi Redmi 4X is packed with big fixed battery Li-Po 4100 mAh which is present inside the fixed back cover. It comes with 2.0A charger which will quickly charge your device.

The device is carried with 8 cores so it will not make any issue for videos and games. High resolutions with full brightness can drain the battery quickly as well as use of mobile data can also decrease the battery power.

Xiaomi Redmi 4X is 4G enabled device with the access of 3G or 2G network also. It supports all the bandwidths of networks in Pakistan. The speed limit over LTE network or 3G network is cat.4 150/50 Mbps.

It is giving us some more connectivity’s such as Wi-Fi, Bluetooth and FM Radio. Wi-Fi supports the standards of b/g/n while Bluetooth version is 4.2.

In Redmi 4X we can increase its internal memory with the access of memory card. Dual-SIM option is also accessible in it and the place for SIM are present on its edge.

Xiaomi Redmi 4X has a 5.0 inch IPS Touchscreen and runs the latest version of MIUI 8, which is built on top of an Android 6.0 core.  The colors have been managed in a great way since they are all bright and therefore icons are clearly visible. Brightness, at the same time can also be managed easily. You can access the brightness adjustment level bar when you swipe the screen down.

Starting from the lock screen, no wallpapers are set by default but you can set one by going to the settings and choosing a wallpaper for the phone. To unlock the phone, you swipe upwards and if you want a quick access to the camera – just swipe from the right side. At the same time the fingerprint unlock is available that is available just below the camera. The sensor is always working so you just need to put your finger on it and it will unlock.

Home screen is managed very decently as it is not jammed in because of extra icons. On the home screen, we have access to all social sites, settings, contacts, phone dial and messages etc. The home screen has four customization at the bottom by default, but you can put up to five items. You can have any app there or even folders with multiple items if you want.

The notification area is given a little makeover. On top, it has a Google search bar that lets you search for apps and settings on the phone. On the right of this search bar is a shortcut for the Scanner, which deals in QR codes, bar codes and business cards. You can also translate text or scan documents with the same app.

Xiaomi Redmi 4X has 1.4 GHz octa-core processor with the chip set of  Qualcomm MSM8940 Snapdragon 435. This chip set has many advantages such as it provides us a rich feature set for high volume smart phones.

3GB RAM is a plus point of redmi 4X because it has given us very fast performance and we have tested every section of it. We have not got any kind of delays and lags while doing multi-tasking in it.

We have tested Xiaomi Redmi 4X with antutu bench marking and it has scored 42335  points. The best part of redmi 4x is its multi touch test because it has scored full 10-points in it while usually other mid-range smart phones only get 5-points in multi-touch test.

Vellamo bench marking has tested Redmi 4X and it has scored points in 1488 multi-core test, 1189 points in metal test and chrome browser has scored 2421 points.

Device Ranking Portal(DRP) is a portal which is used to compare your given device and the available device with minimum good specs. We have tested the Xiaomi Redmi 4x and it has scored 2.99 ratings.

Xiaomi Redmi 4X is another successful device by Xiaomi having some fantastic features like 32GB ROM, 3GB RAM, Qualcomm Chip set and brilliant camera lens. The device has very affordable price value and it is loaded with full entertainment. The Xiaomi Redmi 4X can easily give a tough time to its competitors because Xiaomi is providing reliability and affordability at once. 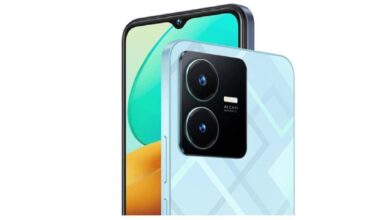