Realme is working on X7 Max 5G smartphone to hit the market very soon. Now, the company is working on another smartphone. A mysterious Realme phone has appeared in an FCC listing. The listing has revealed its design and a few key specs.

The phone has appeared with the model number Realme RMX3261. Not only this but it was previously seen in the databases of TKDN, BIS and Indonesia Telecom. As the phone has appeared in a number of certifications suggesting that its launch is imminent. Now, let’s have a look at the key specs of the phone.

First of all, the phone will come with a waterdrop notch display and three camera cutouts on the back alongside an LED flash. Moreover, the phone will feature a rear-mounted fingerprint scanner and a triple SIM slot. 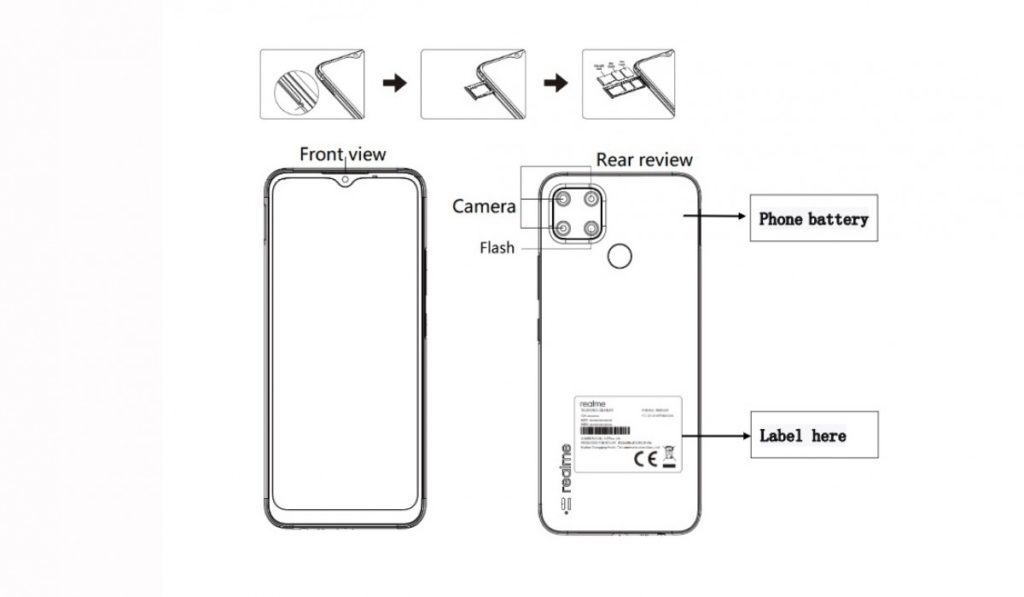 Other specs include a 4,880mAh battery with 18W charging support. Moreover, it will run Android 11 presumably with Realme UI 2.0 on the software side. Also, it will be 173.9mm in diagonal and 75.96mm wide. Based on speculations the RMX3261 could be the next addition to Realme’s budget C-series.

Realme has not announced any information regrading the phone yet. But we hopefully will get more information about it in the coming days. Till then stay tuned for more updates.