Sajjad Ghani and his team worked hard in the establishment of this Data Centre. PITB’s Data Centre has safe computing facility of above 2000 processing cores, 3 Terabyte Memory and over 400 Terabytes of storage capacity.

Chief Minister Shahbaz Sharif gave a memento to Dr. Saif in acknowledgement of his hard work in supervising the takeoff of LRMIS. 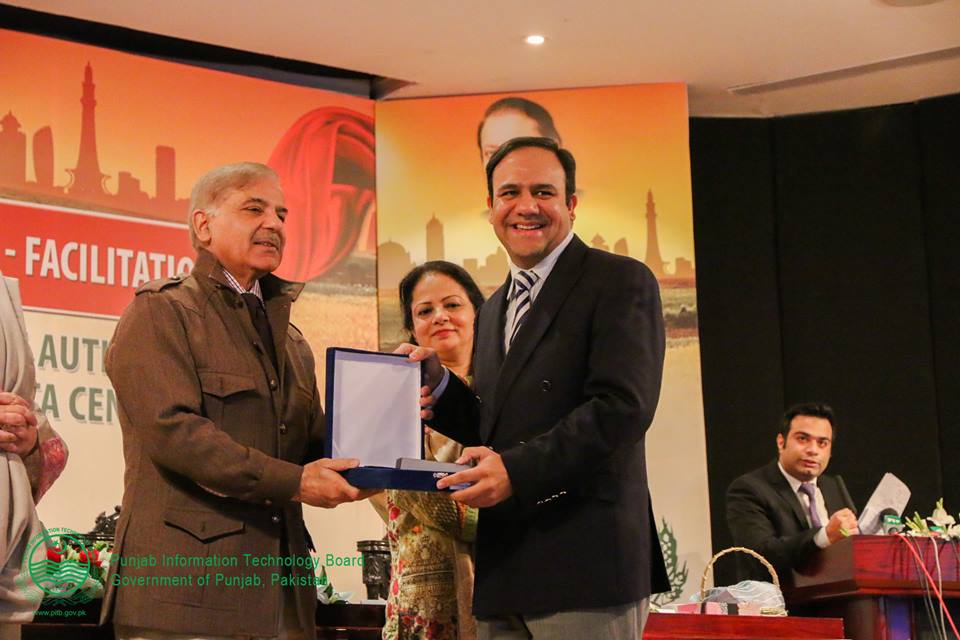 “I’m thankful to PITB and Dr. Umar Saif in particular for his contributions which have made LRMIS possible.”

The Punjab Information Technology Board, an independent body set by Government of the Punjab, delivers the groundwork for Punjab’s revolution economy. The Board targets at not only revolutionizing the authority techniques through transparency made methods but also at increasing the digital knowledge of the people. PITB is dedicated to successfully and capably provide IT services and infrastructure to the government and local and worldwide dealings.