Today we’re launching Facebook Live for everyone — to make it easier to create, share and discover live videos.

Live is like having a TV camera in your pocket. Anyone with a phone now has the power to broadcast to anyone in the world. When you interact live, you feel connected in a more personal way. This is a big shift in how we communicate, and it’s going to create new opportunities for people to come together.

Here are some of the new upgrades in Facebook Live: 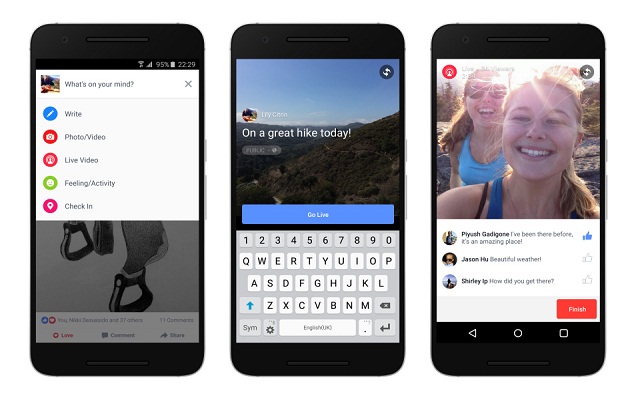