Facebook has remained in limelight for not securing its user’s personal information. In order to retain its position in the tech world and combat the allegations on it, Facebook is launching many security features on a monthly basis. This time the social media app has introduced a new login feature that will send a notification to people whenever they log in to any third party app or website by using their Facebook account. The third-party app logins have remained an issue for the past few months.

After every login to third party app, users will get an alert that this access will send their data to the apps via mail. In other words, by accepting the notification, users will agree to the condition that the third party app will have full control over the information they share. User will also be facilitated to edit those settings.

Now Users will get Alert over Third-Party App Logins

This alert will also show the type of information, Facebook users will share with the third-party applications. SO when users will recieve this notification, he will be able to click on the edit settings button to remove the apps’ access to personal information. 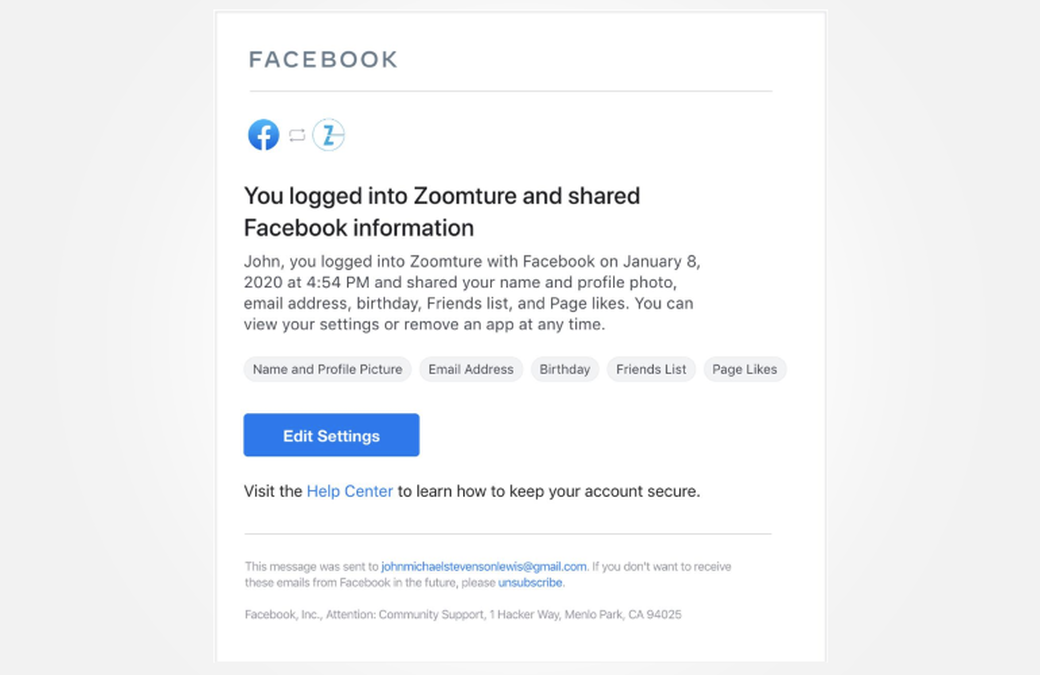 This is a good step taken by Facebook although very late but it will help the users to identify t unlicensed access or misuse of their credentials. This step will also help users to educate them about the data sharing policy.

This feature is launched when a few months back Facebook was accused of sharing information with the third-party apps. The company agreed to it but also revealed that users themselves accept the terms and conditions. SO this awareness will help users to save their information from leaking out.

Also Read: Facebook Accepted they can Track User’s even if they Opt-out of Tracking- Facebook Tracking Scandal