Gone are the days when a mobile phone was usually judged by its design as in old days no one cared much about the speed or interface of the mobile. The present race indicates that the mobile industry is actually in competition with the PC market. Obviously, the most important part of both a mobile phone and a PC is its “processor” while the other features like camera, screen resolution, apps and operating system can only improve if the CPU gets more powerful. The latest multi-tasking feature demands more from chipset manufacturers to come up with unhanged and fast performance support via their chipsets. Fight for Smartphone Chipset Domination: Who’s the Winner???

Keeping in view the significance of smartphone processor, one must understand that this area is growing with latest innovations in technology from 2G to 3G, 4G and the upcoming 5G.

A chipset on a smartphone is usually termed as a “System on Chip” (SoC). A SoC or chipset is an integrated circuit that essentially combines together all basic components in one chip. This means that your processor (or CPU), graphics processing unit (GPU), memory controller and other controllers of a smartphone are built into this single chipset. Also there are two types of processors: 32-bit processors and 64-bit processors. In general, 64-bit processors are much more efficient and perform faster than 32-bit because they have more capacity to handle larger data units in a single process.

Smartphones have gone from single-core to dual-core, quad-core and now octa-core and the clock speed is rapidly further increasing. With companies throwing around terms like Snapdragon, Tegra 3, Mali-400, Cortex-A9, etc

This is why smartphones have gone from single-core to dual-core, quad-core and now octa-core and the clock speed is rapidly further increasing. With companies throwing around terms like Snapdragon, Tegra 3, Mali-400, Cortex-A9, etc., it is a very difficult task to keep up with the different chipsets in the market.

Just like Intel manufactures motherboards and processors for PCs; presently Qualcomm (Snapdragon), MediaTek (Helio), Samsung (Exynos), Huawei (HiSilicon Kirin) and Intel (Atom) make chipsets for smartphones. All these mentioned names manufacture integrated chips that have their own processing units (CPU and GPU). Here is a general comparison of these mentioned chipsets:

The functionality of smartphone processor mainly depends on number of cores, Graphic Processing Unit (GPU) and fabrication technology. A processor with many cores will perform faster and drain less battery by utilizing lesser cores for normal tasks. As far as GPUs are concerned, presently there are three major designers of mobile GPUs: ARM, Qualcomm and Imagination.

When it comes to efficiency and consistency, Snapdragon by Qualcomm is considered the top chipset because of good battery life and effective heating solutions

The fabrication of “silicon chips” is not that easy. In fact, it is a quite complex process that actually involves a lot of expensive machinery. To make a chip from silicon wafer to chips ready to sell, it takes several weeks. The present examples of good fabrication technology chips include Helio X10, the Kirin 935 and the Snapdragon 801. They all are built using a 28nm (nanometer) process. The Snapdragon 810 uses a 20nm process, while the Exynos 7420 uses a 14nm process.

However, the real difference between Snapdragon and MediaTek chipsets comes when we talk about the GPU performance. Snapdragon takes clear edge on the MediaTek due to its excellent graphics (GPU). The reason of this superiority is that Qualcomm manufactures its own GPUs which of course works better than the third-party GPU.

The smartphone market is becoming ever-more competitive, making it more and more difficult to choose which handset one should throw his money at and that could justify the expense as well. Similarly, the growing smartphone market in Pakistan has its own diverse characteristics mainly depending on the price of smartphone. The mid-range smartphones are more in demand in Pakistan as compared to high-end phones like iPhone by Apple hence we can say that Qualcomm, MediaTek, Exynos and SpreadTrum’s market share is higher than other chipsets brands due to their series of mid-range smartphones. 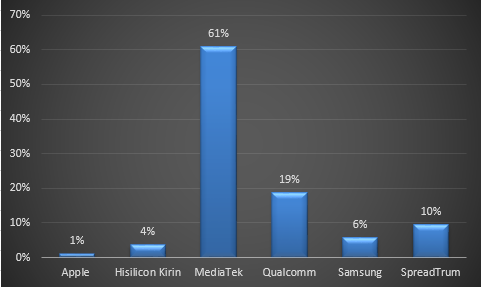 The clear winner here, as supported by the graph, is MediaTek. The reason why we see so much dominance from a relatively mediocre brand is the amount of smartphone manufacturers in the Pakistani market that choose MediaTek for their chipsets necessities. The primary reason for that is the cost. The average Pakistani buyer, when considering the chipset in his decision-making process, is easily engrossed by terms like “Octa-core” etc. Not realizing that the quality of a chipset means more than mere numbers. With low-priced, average performance chipsets, MediaTek gets the attention of low-end smartphone manufacturers merely on low price points.

As compared to last few years, number of chipset brands have increased in Pakistan due to the entry of multiple smartphone companies. Now the competition is tough with leading player MediaTek having 61% market share and is followed by 19% share of Qualcomm.

Other chipset brands include SpreadTrum, Samsung and HiSilicon Kirin having only 10%, 6% and 4% share respectively, Whereas, Apple being the expensive chipset maker has only 1% share in Pakistan. This indicates that in Pakistan, MediaTek, Qualcomm and Spreadtrum dominate the mobile chipset market.

Being the brain of the smartphone, chipset plays a fundamental role in performance of smartphone. Therefore, the processor model is the most important aspect that one needs to consider before choosing a smartphone. The increasing number of vendors in this hot arena clearly tells the level of competition going on. 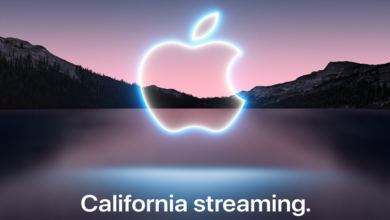 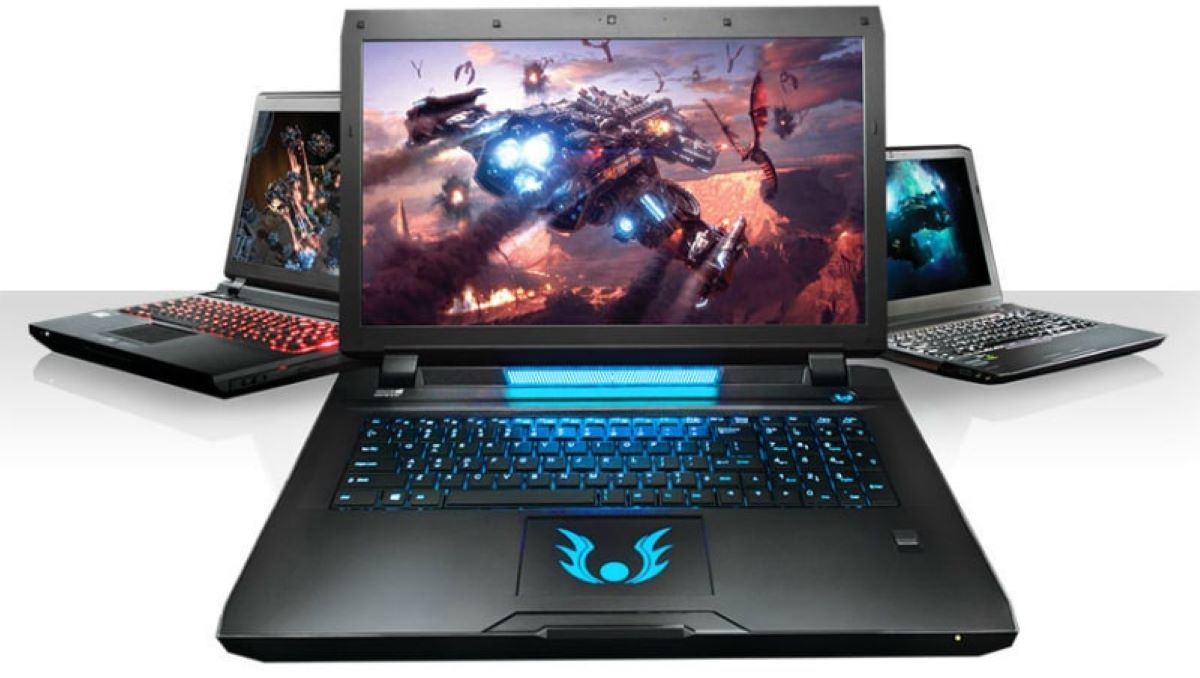