Mozilla released Firefox version 83.0, and the updated version includes new features and enhancements in performance. Mozilla reports that Firefox’s latest release will increase page load efficiency by 15 percent and page response performance by up to 12 percent. The latest additions include the long-awaited HTTPS-Only, Picture-in-Picture feature, and pinch zoom. For Windows, Mac, and Android devices, Firefox 83 is also available. The features above are available only in the Firefox version of Windows and Mac.

As shown in Mozilla, version 83.0 brings important improvements to Firefox. The browser boosts page loading efficiency by 15% and page response by up to 12%. It also decreases up to 8 percent memory consumption. Firefox is also fitted with HTTPS-only mode, which ensures that any connection to the Web is secure. 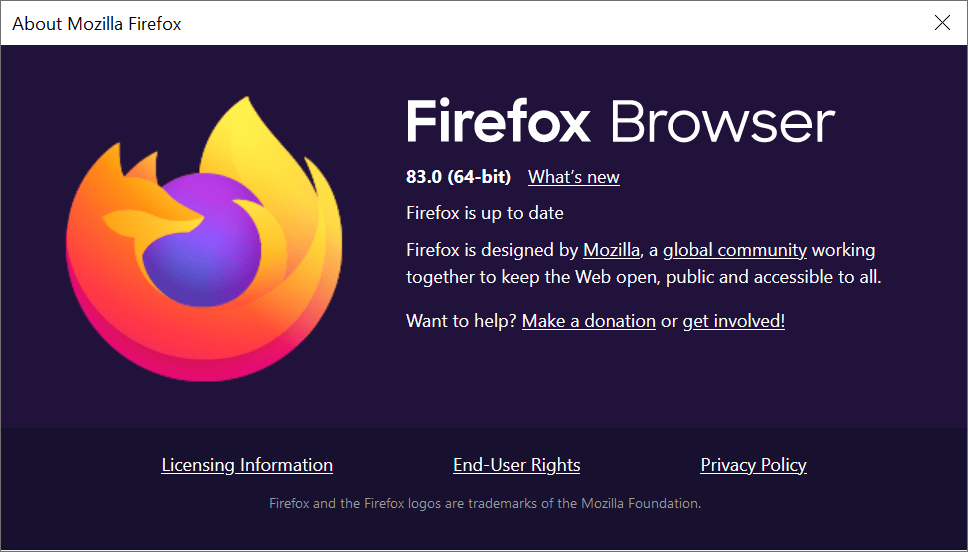 After a couple of years, Firefox got a Pinch zoom that helps users pinch the trackpad on and off webpages. This feature can be seen on Windows touchpads, mobile screens, and Mac devices. Additionally, there is also a Picture-in-Picture mode that now supports keyboard shortcuts for rewinding and fast-forwarding videos, as well as controlling volume. You will also use the arrow keys for 15-second intervals to move forward and back. There are some other enhancements and options for Firefox, including searching from the bottom of the search panel by bookmarks, open tabs, and history; searching directly from the Address Bar, and screen readers fix into the search engine. After tabbing in the picture-in-picture browser, arrow keys now function correctly.

The new app is made smoother, easy to use, more private, and more flexible using the Android version of Firefox 83. It supports additional solutions such as FoxyProxy, Bitwarden, LeechBlock, AdGuard, Web Archives & Ghostery. Security fixes are also available.