Recently, a new feature has been spotted on the Google Maps Help site. There was a page that surfaced yesterday with the details of the process to add a public event through the Google Maps Android app. It has been reported that this feature is making its way to some users of Google Maps for Android.

It is recently rolling out to a limited number of users. However, the feature is expected to roll out widely soon. The new feature will allow all the Android users to add public events being shown in Maps. This new feature of Google Maps will allow you to make a note of public events. The new option is seen in two locations. One of them is in the main “contribute” tab of the “your contributions” section. On the other hand, the second one is in a new “events” tab of the same section. 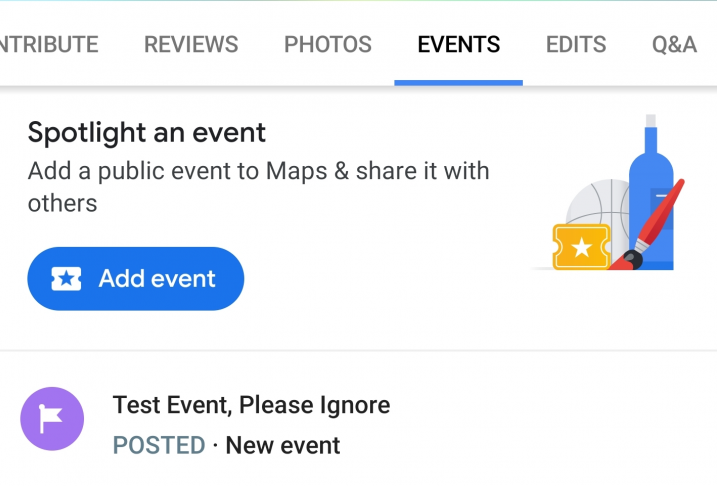 In addition to that, Google Maps Web also got updated With a New UI. The most noticeable change that has hit the app is in the place listings. The new User Interface has removed the large blue card background. In addition to that, the main photo has been made a little taller. Furthermore, the names have become bolder, and rating stars have turned yellow.

Even though, the Quick access icons have become rounded now, with smaller grey text instead of the blue capitalized one. The Google Map icons for the directions have moved there too, so it’s no longer a floating button. The search bar on top has got rounded corners and when it is tapped, the location and close icons are shown inside a large blue button now. The Text font and color also seem to be a bit changed.