The hacking Group FailOverflow has made the claim that they have obtained the PS5 root keys that will allow them to decrypt the console’s firmware. The hackers planned to jailbreak the PlayStation 5 over the weekend. A security engineer at Google Andy Nguyen, who over the weekend on a retail PS5 has also managed to access the Sony PlayStation 5’s (PS5) debug settings menu. Both exploits were spotted by Wololo.net.

These exploits are worth the notice and the hype due to the of access they theoretically give to the PS5’s software. With the Fail0verflow’s keys, the Decrypted firmware, have the potential to allow the hackers to further reverse engineer the PS5 software and develop the sorts of hacks that allow for things like installing Linux, emulators, or even pirated games on past Sony consoles.

Sony without a delay is more bent on preventing such users from doing anything of this nature and will be doing whatever it can to prevent those exploits from reaching a broader audience, along with the efforts to patch-up all the vulnerabilities. 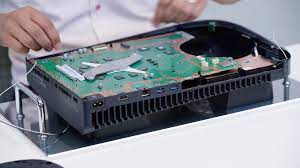 A silver lining for the PS5 owners is that these two exploits will not result in much of a change, as there is no immediate PlayStation 5 (PS5) jailbreak. Also Andy Nguyen or the Fail0verflow have not published the details of their respective hacks, and it is also not clear whether they ever will.

Andy Nguyen has already confirmed that he has “no such plans for disclosure” of his hack. Whereas Wololo.net has noted that Fail0verflow have refrained from publishing its hacks, till Sony has patched and straightened things, for its last console generation. So there is a good chance that it is possible none of these hacks will lead to concrete changes in the PS5 hacking scene.

Also Read: PlayStation Share Play Feature is Easy to Use