Despite the fact that General Motors will produce Honda’s first two completely electric vehicles for North America, the Japanese manufacturer intends to reverse course and manufacture its own later this decade. As electric vehicles become the automotive industry’s future, Honda is trying to establish itself in the EV ecosystem and compete with top-tier firms such as Toyota, Tesla, and others. However, in order to make a significant transition, the corporation is seeking another partner to assure the rapid growth of electric vehicles. According to company executives, Honda is creating its own EV design, and once two GM-made EVs are on market in 2024, Honda will begin manufacturing its own.

“It is clearly our objective to build at our plants”, said Honda of America Executive Vice President Dave Gardner, “explaining that Honda has built battery manufacturing experience through constructing gas-electric hybrids. We fully aim to make use of that resource.” Honda’s new Chief Executive Officer, Toshihiro Mibe, whose ambition is for the firm to be entirely electric by 2040, formally declared this. Regardless of the vision, Mibe has not revealed the name of this collaborator. However, there are suggestions that the partner may be another large Japanese carmaker.

Also Read: Pokémon Go for iPhone gets Smoother and Faster 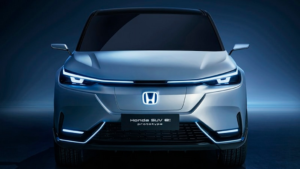 Currently, Honda is working with General Motors (GM), and both firms use a GM-developed Ultium chassis and battery packs for their EVs. In terms of Honda’s present position in the EV ecosystem, the business has only one EV in its portfolio, known as the ‘Honda e,’ which hasn’t garnered much momentum in demand due to its less desirable electric range.

In April, the business announced intentions to phase out all gasoline-powered vehicles in North America by 2040, making it the first major carmaker to set a carbon-neutral target. Honda hopes that by 2030, 40 percent of North American car sales will be battery or fuel-cell driven, and by 2035, 80 percent of all vehicles sold would be battery or hydrogen-powered.

Furthermore, the firm is looking forward to building strong existing connections with other key manufacturers such as Mazda, Ford, Subaru, and others in order to secure a successful fundamental change toward the future of EVs.

You may be also interested in: Paper Mario is the new N64 game coming to Switch Online