Social media world is in for a big shake-up as Instagram has started hiding “likes” for the users. Following a number of recent tests in countries like Canada and Japan, this move is intended to make Instagram posts less like a race and more about value interactions, especially for young people.

Besides making social media a mentally healthier place for young people, having likes available only to the poster and not to the public could have a significant impact on the advertising of brands and influencers. While the long-term effects remain to be seen, less exposure of likes seems likely to result in a more level playing field where quality content rises to the top rather than the edge. 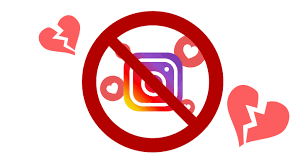 Moving on from Vanity Metrics

While likes may have been a viable way in the past to gage social media interaction, this measure has become more and more a vanity metric that does not really show whether someone has impact.

For one thing, games can be played to make posts seem more common than they really are, such as with the rise of bots automatically liking those posts, as well as mutual like from pods or tags such as “like for likes.” Plus, many people can double-tap to like while carelessly scrolling through posts, which doesn’t mean that posts make much of an impact or that the individual or brand is doing much of an impact.

Real influence means getting someone to act beyond your liking, whether it’s swiping a credit card, signing up for an event, or doing anything else you’re trying to accomplish. There will probably be less pressure on this metric by covering likes and more emphasis on achieving results.

In many cases, brands hire influencers as a band-aid to cover up on social media their own inefficiency. But, as it was hard to judge influence based on vanity metrics, several companies attempted influencer marketing, invested significant money to do so, and were dissatisfied with the outcome.

It may not be possible to capture the interest of millions of users, but even getting a few hundred people to really start engaging with your brand could be the spark you need to gain real momentum on and off social media. Getting there means becoming a better creator and storyteller and getting to know who you can work with in order to advance the value of your company, rather than falling into the trap.

Such changes can take time, because Instagram only carries out this update on a limited basis, but if the network views it as a success, other social media platforms may have similar features. As a result, social media could be more personal than a popularity contest, which could be a win for brands, legitimate influencers and consumers who want social media to be a positive force.