Instagram keeps on launching new features on and off for remaining in limelight. Due to this more people have shifted towards the social media sight in very less time. A few days back, Instagram made it easier for you to easily and quickly follow people you had met in life. They introduced the feature named as Nametag. Instagram Nametag feature works by showing your username on your phone in a format that allows it to be scanned by people. Recently, we came to know that Instagram Stories are allowing longer videos by splitting it into different segments.

We all know that almost every social media and messaging app introduced ways to share snippets of your day. Most of the people share their snippets in the form of videos. These videos are typically limited to a predetermined time limit and expire after 24 hours. In the same way, the Instagram Stories were previously restricted to 15-second clips. All the clips longer than this duration needed to be trimmed before sharing. The good part of the news is that the company appears to be tweaking this cap. 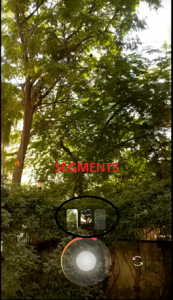 Instagram is now allowing users to share more than 15s footage in their stories. Now when you will post more than 15 seconds of footage it will create different segments of video. However, according to Reddit user T0oYoung, the subsequent parts don’t retain the text from the initial footage. So, it seems that the change is possibly rolling out in stages. Check out your App to see whether you have got the new feature or not.