Apple hosted its Worldwide Developers Conference (WWDC) on Monday and announced several upcoming updates including the new operating system iOS 16. Therefore, many tech enthusiasts must be curious regarding the iOS 15 vs iOS 16 comparison. As you all know that with each OS update, Apple brings a plethora of new features along with improvements in interface and performance. We expect the same from the upcoming iOS 16.

At the WWDC, Apple stated that the new iOS 16 is going to come with a number of quality of life updates. More options are being added to the lock screen. You may now modify the look of your phone without having to unlock it. Simply press and hold to change colors and typefaces, or to access widgets such as your calendar, workout applications, and images. Apple’s Focus app is likewise linked to the lock screen. Set a lock screen for each of your Focus modes, and your alerts and apps will be filtered to show just the notifications and apps that are relevant to your current mode, allowing you to avoid those pesky texts and distractions.

Release Date for the iOS 16:

According to the company, the new iOS 16 will be launched in the fall of this year. However, the company didn’t mention any exact date for the launch of its new operating system.

New Features of the iOS 16: 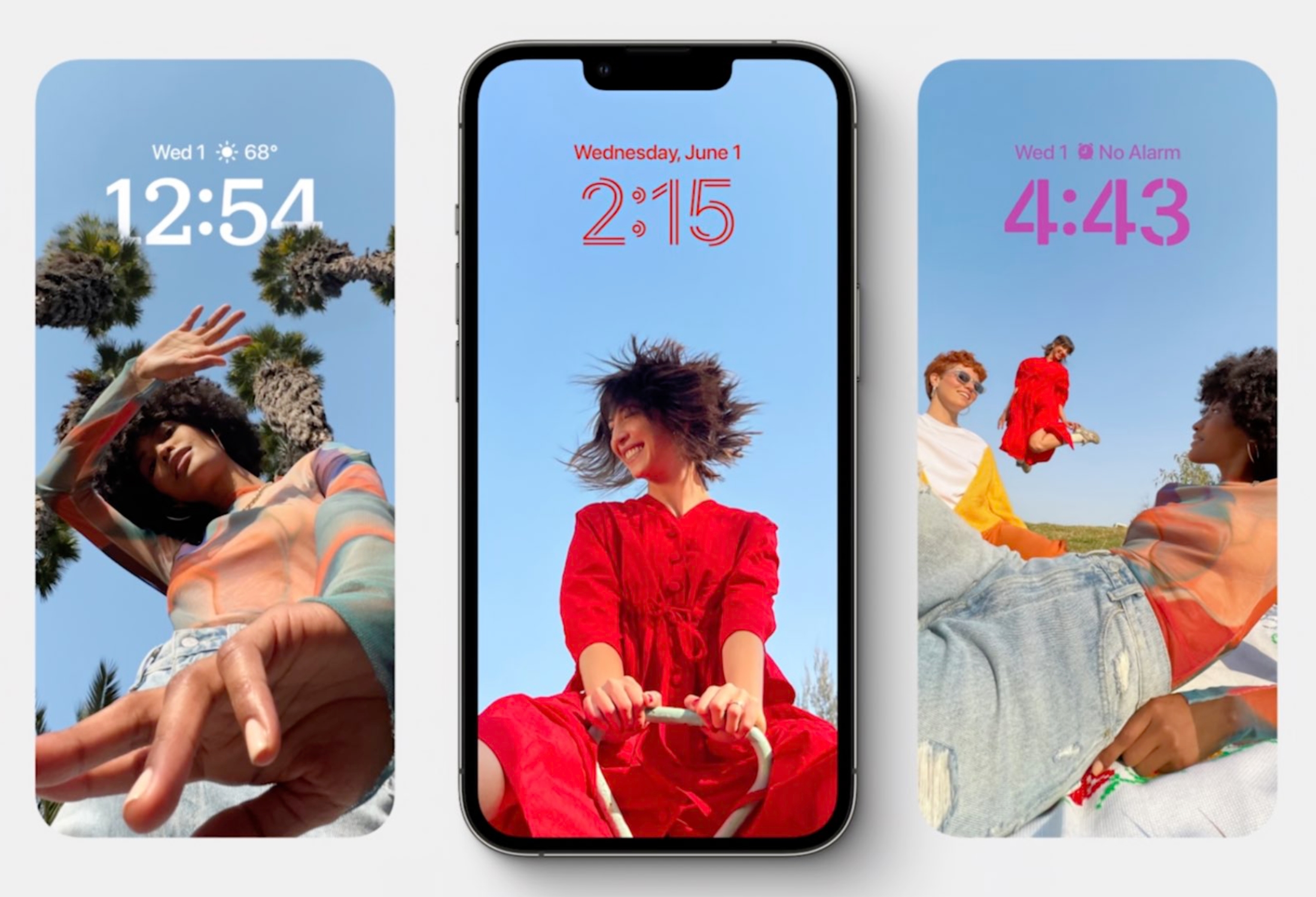 You’ll be greeted with a new lock screen as soon as you reboot your iPhone with iOS 16. You can swipe between different lock screens with colors, typefaces, and widgets, similar to how you create an Apple Watch face. Developers will be allowed to design custom widgets for their apps once iOS 16 is released, and they will be able to add up to four mini widgets below the time.

The customization in iOS 16 is unrivaled in comparison to iOS 15. For years, you could only choose your wallpaper. The iPhone 6S debuted animated wallpapers in 2015, but they required to be activated by pressing down on the screen.

However, iOS 16’s lock screen takes a step ahead. There are “Live Activities” that can track sports games. Furthermore, the notifications and the “Now Playing” panels are located at the bottom of the screen, making them easier to access with your thumb. 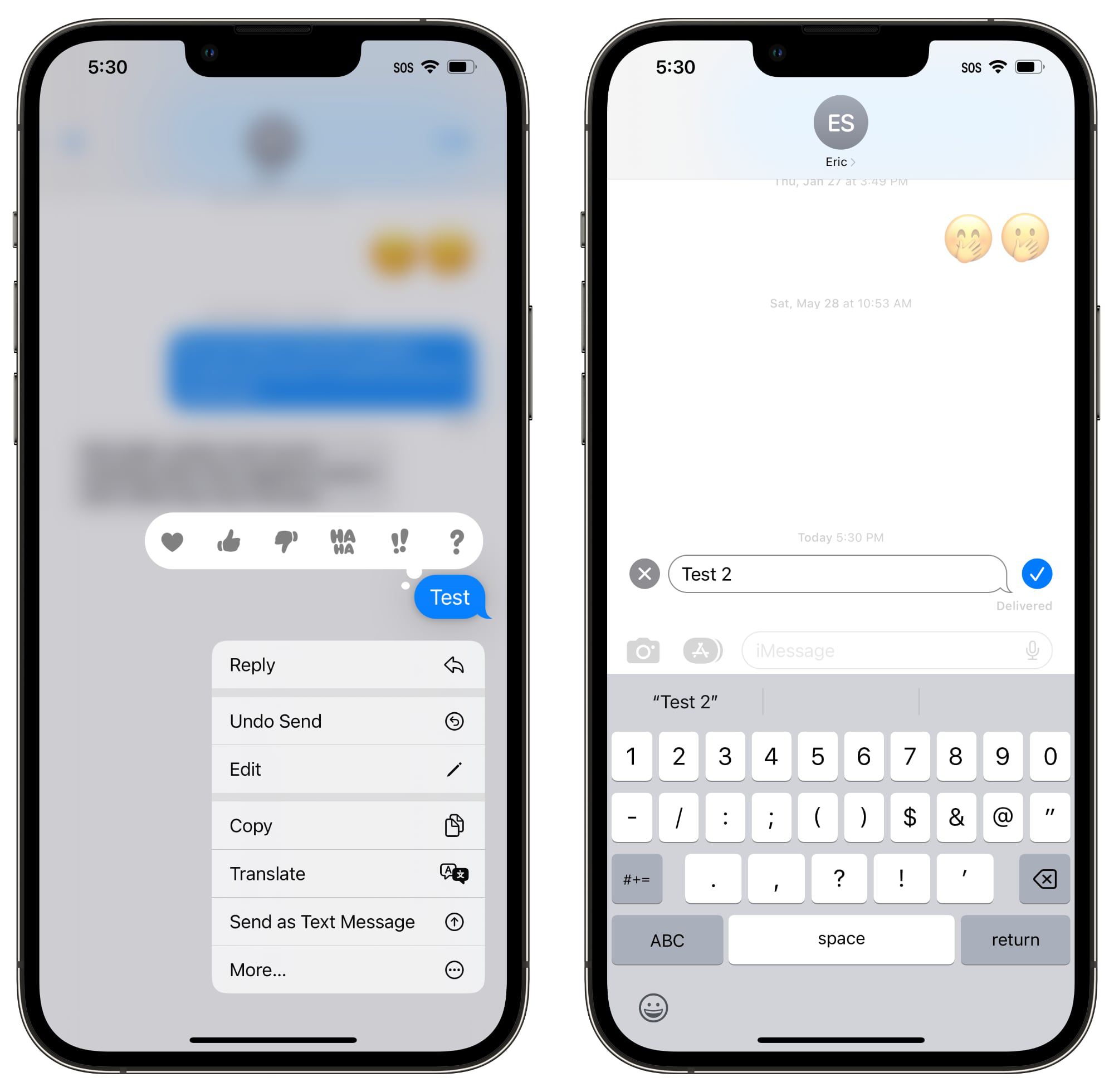 The Messages app has received some of the most useful updates in iOS 16. To begin with, you’ll be able to modify previously sent messages, allowing you to swiftly correct an embarrassing typo before the receiver gets the message.  What if you weren’t supposed to send the message in the first place? Before the person sees the contents, you’ll be able to remove it. Finally, you can mark an unread thread in your email to remind yourself to look at it later.

The Shared with You feature debuted in iOS 15, which monitors your texts and automatically places any content such as movies, intriguing articles, and so on.   So, if a friend shared a track from a new album when you next opened Apple Music, it would be in the Shared with You area.

Apple has taken this a step further in iOS 16 by bringing back the SharePlay function, which was first introduced in iOS 15 and lets you and a friend watch content at the same time, and making it available right in Messages. This means you won’t have to switch between applications to view the movie or listen to the song with your pal. You’ll also be able to talk as the content is playing, all from one app.

Want to know more about this update? Click the link below For years, Apple’s Mail app has been relegated to the background, with third-party apps filling the gaps. This could be one of the reasons why users in iOS frequently set their third-party mail applications as default mail apps.

With scheduled send, undo send, and other features, iOS 16 finally catch up to those other third-party apps. These changes to Mail also apply to macOS Ventura and iPadOS 16, so no one will be left out this year whenever the updates are made available to all users.

When you compare this to the mail app in iOS 15 (and previous versions of iOS), you’ll see how many useful mail features were overlooked. With iOS 16, it appears like you’ll be able to handle your email more easily. Multistep routing is a fantastic new feature in iOS 16 that has been absent from Apple’s navigation app in the previous operating system. You’ll be able to plan trips with up to fifteen different stops without having to enter any extra details into Maps. This is also connected to the Mac, so you can plan a vacation on your MacBook, and sync it with your iPhone.

There are also new transport features in the new iOS 16 that show users the estimated cost of their journeys, and iOS 16 adds transit cards to Wallet, which monitors your holdings and notifies you when you need to top up.

Update for the Photo Library: Keeping photo libraries organized can be difficult, especially when multiple individuals require access. In iOS 16, Apple has introduced the iCloud Shared Photo Library, a new single location where families (up to six people) will be able to share and manage photos. You’ll be able to choose from existing photos in your libraries. In addition to that, you can use a new toggle in the Camera app to add photos directly to your library. It won’t be up to you to handle everything because everyone in the group can add, delete, or edit the photographs, which is a wonderful feature.  Apart from it, the new update allows you to lock an album with a password, duplicate photo detection, turn off featured content, and much more. 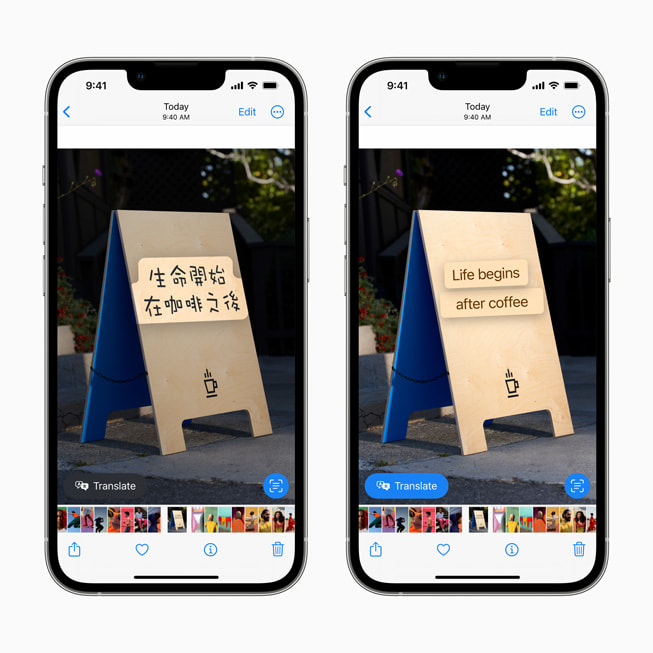 Live Text was undoubtedly one of the most remarkable features in iOS 15. This is a feature that allows you to point your camera at certain writing in a foreign language (such as a menu or a sign) and have your iPhone instantly translate it. It also extracts text from images, allowing you to add it to Notes or dial phone numbers that appear in the image. Now, iOS 16 adds the feature to the video as well. All you have to do is simply pause the recording on the text in question, and the software will extract it, and translate the words or any other sign.

List of the Expected apple devices that will support iOS 16:

Which devices will not be supported by Apple after releasing iOS 16?

It is pertinent to mention here that with iOS 16, Apple is discontinuing software support for the iPhone 6S, iPhone 6S Plus, iPhone SE 2016, iPhone 7, and iPhone 7 Plus. So you’ll only be able to download and run iOS 16 if you have an iPhone 8 or newer model. However, this does not ensure that every feature in the update will be available on your iPhone. For instance, some features such as Live Text, are only available on iPhones with an A12 Bionic chip or subsequent ones. Apart from such features, the users can use all the updated features of iOS 16.

We hope that our article has allowed you to understand the key features of the upcoming iOS 16. Furthermore, we also made an iOS 15 vs 1OS 16 comparison. There are a number of improvements in iOS 16 that have been discussed in detail. So, if you like our article or have any queries regarding it, do mention them in the comment section!

Check out? Meta Accuses iOS Changes Behind its Reduced Revenue and Freezed Hiring