Right on time, iQOO revealed its one of the most powerful flagships – iQOO 5 and 5 Pro. The phones were quite famous in the previous renders and leaks because of the 120W fast charging support. Both are virtually identical. However, the Pro model has 120W fast wired charging and a periscope camera around its back. One more interesting thing about the Pro version is that it is exclusive BMW  editions. It comes with back finishes in carbon black and white leather with BMW’s blue and red accents colours. Let’s first discuss the same specs.

iQOO 5 Pro will be Fully Charged in Just 15 Minutes

First of all, both iQOO 5 series phones have curved 6.56-inch AMOLED displays with a 120Hz refresh rate. There is a punch-hole cutout in the top left corner of the screen to house a 16MP selfie cam. There’s also an in-display fingerprint reader and dual stereo speakers in both phones.

The back camera setup of the iQOO 5 comes with a 50MPSamsungGN1 sensor with OIS alongside a 13MP ultrawide snapper and a 13MP portrait lens. iQOO 5 Pro also has the same camera setup but with an additional 8MP periscope module.

Moreover, the phone has a powerful Snapdragon 865 chipset. It comes in two memory variants – 8/12GB LPDDR5 RAM. Also, there is a 128/256GB UFS 3.1 storage. There’s also a VC heat sink that the company claims can cool down the CPU temperature by 12 degrees Celsius. 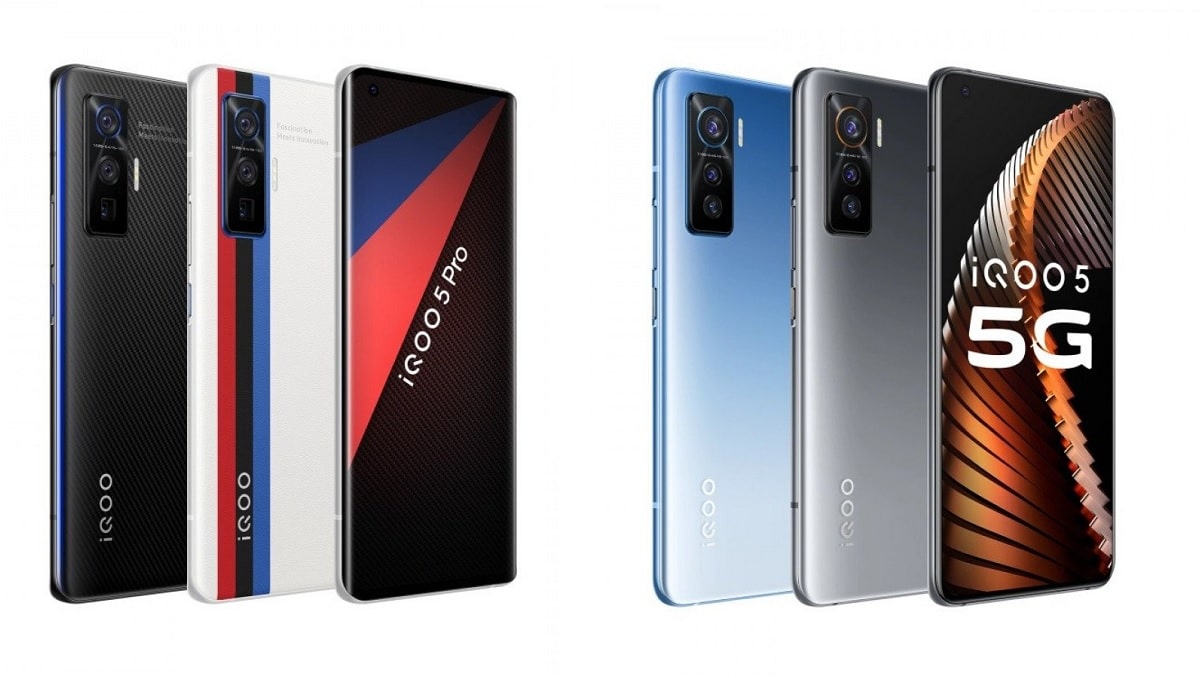 The most interesting feature of the phone is its battery and charging speed. The iQOO 5 Pro comes with a 4,000 mAh battery and supports 120W Flash Charge. iQOO claims that it complete charge from 0 to 100% will only take 15 minutes while taking the battery to 50% in just 5 minutes.

On the other hand, the iQOO 5 comes with a larger 4,500 mAh battery with 55W fast charging solution. It will charge the battery fully in 50 minutes. Both phones run Android 10 with iQOO UI 1.5 on top.

The iQOO 5 will be available in blue and grey colours. The pricing details are

The phones will go on sale in China starting from August 24. However, international availability is not confirmed yet.