Now messy rooms won’t be a problem thank to; KonMari. Marie Kondo, an internationally renowned guru has introduced a way to get rid of messy rooms. Her app called KonMari is the right thing anyone needs to keep their room tidy. KonMari: An App That Helps You to Get Your Things Organize.

“My goal is to have as many people as possible who can get the job done in tidying up.”

She said in an interview.

“To achieve that, I’m implementing various measures, one of which is the app to support decluttering.”

KonMari: An App That Helps You to Get Your Things Organize

Whenever Kondo’s fan clean out clutter at home they say they have “Kondoed” their cupboards.

Marie Kondo, a renowned Japanese organizing consultant and author is best known for her books. The best-selling books, include “The Life-Changing Magic of Tidying Up: The Japanese Art of Decluttering and Organizing”. That has been translated from Japanese to more than 40 languages, with over 7 million copies sold globally.

“KonMari,” was introduced a few months back. It gives out organizing tips, lets people to share before and after pictures, and offers a platform for her followers to socialize. 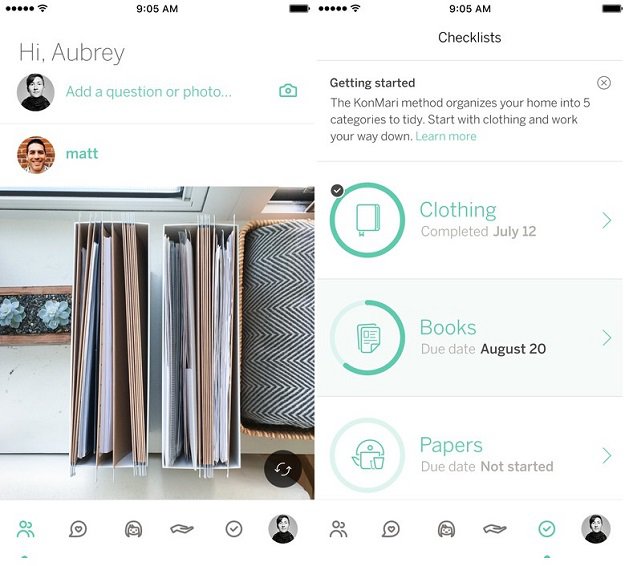 Those who follow the woman call themselves “Konverts”. Kondo earned a spot on Time magazine’s 100 Most Influential People in 2015. But with appreciations their comes criticisms as well.

She has created an art of folding clothes into ideal shapes for storage. Her KonMari followers idealize her words as a philosophy about pursuing a peaceful life by making their homes organized.

Marie Kondo spends almost 80 percent of her time outside of Japan. But with technology, she wants to reach every corner of the world.

This apps seems interesting. For the time being the app is available for iOS users. Users interested can download the app KonMari from App Store.