The South Korea company, LG, has introduced a new series called w-series last month. Now LG is planning to bring another new m-series to grab more customers. LG is certifying through a filing with the KIPRIS (Korean Intellectual Property Rights Information Service) for a new device called“M10” for a future device. As LG has not clearly mentioned the name of the series. But we assume that it will be the first device of M-series.

LG M10 to be the First Phone of m-series

As we already predicted that LG is going to introduce this phone to grab more customers. So, LG M10 will be a low-end smartphone. 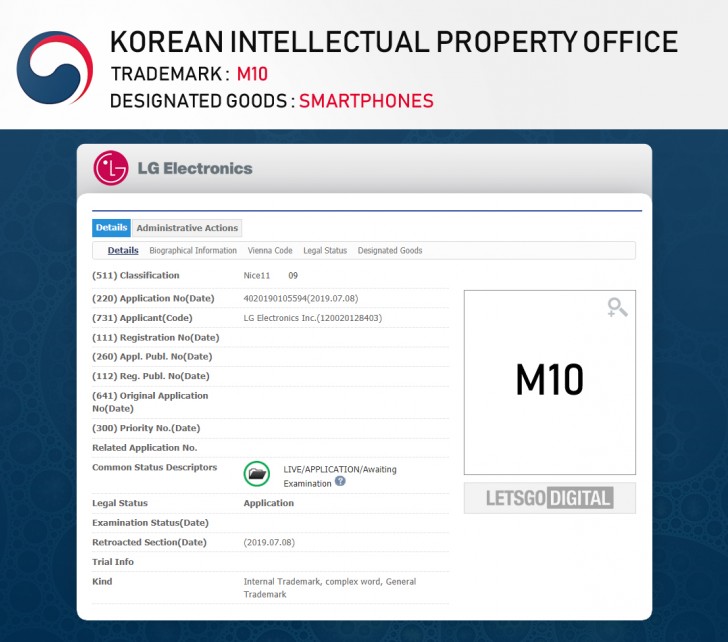 Not only this, but LG has also filed for two more names: ‘V60’ and ‘V70’. The predecessor of the phone is LG V50 which is the 5G variant of its predecessor V40. As LG’s v-series contains high-end flagship devices. So, LG V60 and  V70 will have amazing specs. Unfortunately, we do not know much about the devices yet. But we will update you when we will get more information about it.

I have not seen as many LG phones’users as of other Chinese brands. People in Pakistan still prefer to buy the phones of Huawei, Xiaomi, OPPO, Samsung, Vivo and iPhones. Now the question arises in mind is whether bringing the new series will help the LG to increase its customers in Pakistan. What do you think about this? Also do tell us in the comment section below, what is your favourite brand?