Lockwise originated as Lockbox and was originally presented in 2018 as part of the Firefox Test Pilot scheme for iOS. The Android version of the software was published in 2019, and unlike the iOS version, consumers received a stable version. Lockbox, currently known as Lockwise Password App, enables users to view passwords saved in their Firefox accounts. It also supports autofill, which adds simplicity, and allows users to pick the browser they wish to use to visit a page.

Mozilla has informed Lockwise users that the service for the Lockwise password management app will be discontinued on December 13. Lockwise offers two guises: one in the browser itself at about: logins and a separate app for iOS and Android that may become your phone’s default password manager without the overhead of Firefox the browser starting up.

Also Read: Xiaomi Redmi Note 11 Series is All Set for its Worldwide Launch 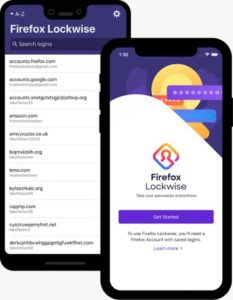 The latter, a cheaper alternative, has reached the end of its support path.

“Mozilla will no longer maintain and support the Firefox Lockwise application, and it will no longer be viable in the Apple App and Google Play Stores, according to an email from the company. Current Lockwise customers will be able to retrieve their stored passwords and password management in the Firefox desktop and mobile browsers after that date.”

Mozilla has announced that the password management tool Firefox Lockwise will no longer be supported on Android and iOS. Users will also be unable to download or reinstall the software from Google Play or the Apple App Store. On iOS, version 1.8.1 and Android, version 4.0.3 will be the final upgrades available. Mozilla did state that the app will continue to function on a user’s device, but it will no longer get maintenance and security upgrades.

As previously stated, the Firefox Lockwise app will be decommissioned on December 13. Users will still be able to access and manage their stored passwords using Firefox browsers on desktop and mobile devices after then. According to Mozilla, Firefox for iOS will instantly sync passwords saved in Lockwise and allow them to be used in the browser.

You may be also interested in: Audio Messages Can Be Speed Up as WhatsApp Coming with Its New Update