Finally, OnePlus is now moving towards the budget-friendly smartphones. As we all know that OnePlus smartphones are not budget-friendly and not all can afford such phones. To keep in mind the people who can’t afford the expensive phones OnePlus is planning to launch an affordable OnePlus Z. The phone has also appeared in some leaks. Now, OnePlus Z has appeared on Geekbench listing.

The phone has appeared with the model number AC2003 revealing some key specs. First of all, the phone managed to score 612 points in the single-core test and 1,955 points in the multi-core test. The complied scores and motherboard in the listing suggest the phone is powered by the Snapdragon 765G SoC. Moreover, the phone will come with the 12 GB RAM and will run Android 10 out of the box. 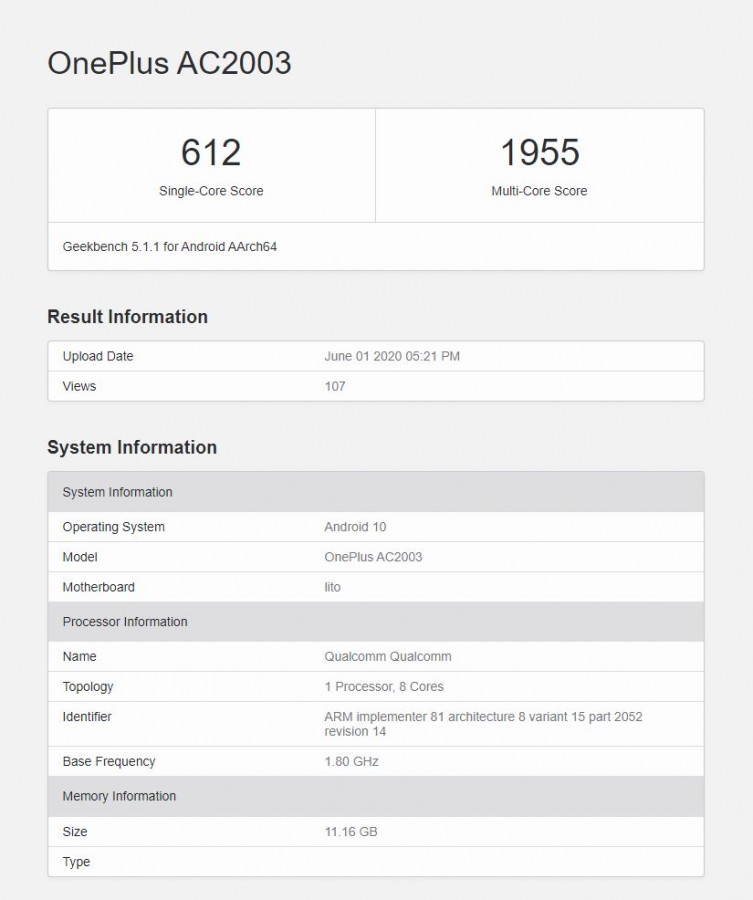 So far we came to know about the specs of the phone, it is not so obvious whether it will be a budget-friendly phone or not. As the specs are high we should expect the high price too.

There are no words when the phone will launch. But, we hope that the company will launch this phone by the end of this year.

Check Also: The OnePlus 8 Pro’s Camera Can See Through Some Plastic Objects