After the release of Oppo’s A95 5G, the company has released an LTE variant of the handset, suitably entitled Oppo A95. It resembles its 5G sister in looks, but it is powered by the Snapdragon 662 and has 8GB of RAM and 128GB of storage.

The Oppo A95 5G was announced some months back, and now we have a 4G variant. The Oppo A95, as the name suggests, replaces the Dimensity CPU with a Snapdragon SoC and adds better battery life. Aside from that, the two variants of the phone are identical.

The 4G edition includes the same 6.43-inch AMOLED display with Full HD+ quality as the 3G version, but no fast refresh rate. The fingerprint sensor is located beneath the display, and the punch-hole selfie camera has a resolution of 16MP.

Also Read: Microsoft Will Upgrade Windows 10 with New Features Once a Year 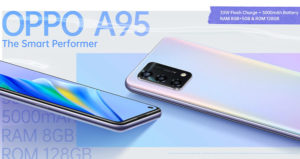 The Dimensity 800U processor has been upgraded by the Snapdragon 662, although the storage configuration remains the same. The Android 11 operating system with ColorOS 11.1 on top stays unchanged. The battery capacity is 43,10 mAh, however, the 33W quick charging remains.

The Oppo A95 will be available in Pakistan for Rs.40,999 (expected) in Glowing Starry Black and Glowing Rainbow Silver color variants. It should be available in more areas soon. 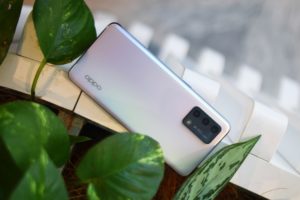 You may be also interested in: PUBG New State Hits 10 Million Downloads On Google Play within a Week after its Release