Oppo has formally announced today about the new interactive charging technology at the Mobile World Congress 2021 Shanghai event that it will release on 23rd February 2021.

The smartphone company announced in its latest Statement posted that it would reveal new technology within its charging tech ecosystem. The Chinese tech giant is a big player in smartphone charge technology. The latest fast charging form of technology will be introducing soon by the company. Today, on the MWC stage in the Shanghai event it has publicly announced that it will come out on 23rd February 2021. 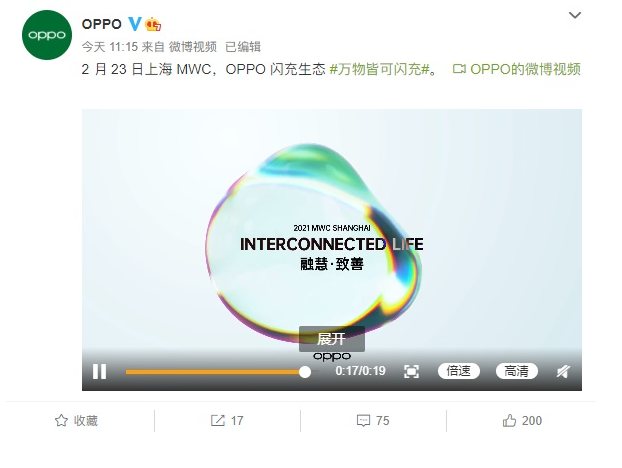 It is noticed that some reports have indicated that OPPO and automobile firms collaborate in-depth, it is expected they will introducing new car charging items. But there is currently the main news of a fast charger from OPPO.