On November 11, PUBG: New State was released in approximately 200 countries for different phones like Android, and iOS devices. It is the most recent installment in the PUBG series. It is said that the company will provide a next-generation battle royale encounter in which 100 people can fight utilizing various weapons and methods. In just one week since its release, PUBG: New State has surpassed 10 million downloads on the Google Play store. The most recent PUBG edition,” set in the future”, has upgraded visuals, a new Troi map, and new vehicles.

It has been stated that PUBG: New State, Krafton’s latest battle royale game, would aggressively monitor users who employ cheating strategies while playing these games. As a consequence, the mobile game has been upgraded to incorporate extra anti-cheating techniques, and Android phone users will be unable to play the game until they have done so. As per the forum post, this modification may be made publicly available to certain brands and models in the future. Regardless of the fact that this is most probably a tiny number of smartphone brands. 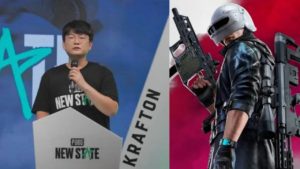 PUBG: New State, Krafton’s recently released battle royale game, is getting an upgrade that increases anti-cheating mechanisms. The update is presently being rolled out to Android users, and the developer has stated that iOS gamers will receive it shortly as well. Players will be unable to play PUBG: New State unless they have the most recent update loaded on their devices. As part of this upgrade, Krafton has also announced a special payout for players. Krafton said in a blog post that PUBG: New State will not run-on Android smartphones until gamers update the game. If the game is not updated, it will send users to the Google Play Store or the Galaxy Store.

As a consequence of downloading the current update, gamers in PUBG: New State will also get various benefits. As per the website, these rewards will comprise 3 chicken medals awarded as “compensation for the update.”

These procedures are designed to highlight and reduce dishonest methods used by gamers. Players risk being banned if they are caught utilizing immoral tactics or hacks while playing the game.