Yes, QMobile has another entry level smartphone named QMobile noir X30i with efficient performance and available at affordable price of 4,990. As we all know QMobile is famous for providing high specifications smartphones at low price,so this time QMobile bring another sansational smartphone for its smart users. In Qmobile noir x30i review; we will briefly discuss its design, display and performance. QMobile noir x30i has lanuched with sufficient 1.o GHz dual core processor along having 512 MegaBytes of RAM and 4GB of ROM expandable upto 32 GB. Thanks to convenient Android OS 4.4 KitKat with multitasking strategy, equipped with 4.0″  WVGA IPS LCD display for playing games and movies that is supporting two point capacitive touch. From camera section, Qmobile noir x30i has 2.0 MP camera with LED flash and VGA front camera. Further the QMobile Noir X30i is having 1400 mAh battery.

QMobile Noir X30i is a stylish smartphone with 3G support which is the need of day. Every curve of the smartphone has been designed elegantly and both sides have beautiful matte metallic color. QMobile Noir X30i has normal dimensions of (125 x 63 x 9) mm that can be comfortably sustained in hands and weighs just 125 grams. Further talking about the display; QMobile noir X30i is having 4.0″ WVGA IPS display with 2 point capacitive multi touch support and 62.01 refresh rate. Surprisingly, the smartphone has 240 dpi that makes the display more shiny, clear and also reduce viewing angle issues. Personally it made me surprised that an entry level smartphone could have that amazingly smooth touch and display. I am sure that it will give advantage it over other smartphones in the market. 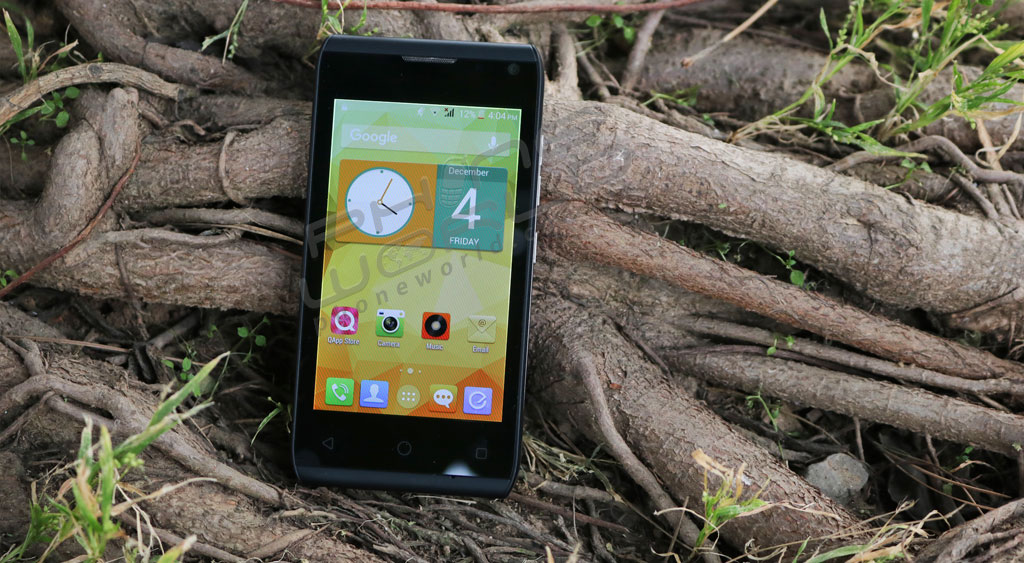 QMobile noir X30i is powered with an efficient 1.0 GHz Dual Core Processor that is being controlled by Android 4.4 KitKat. As for as its performance is concerned; I think that it is quite good for being an entry level smartphone which is normally used by youngster for daily use and social networking apps like Facebook, Whatsapp etc. The Processor inside the QMobile Noir X30i belongs to MediaTek; having chipset MT6572. Further the graphics department is controlled by Mali-400 MP.

As the stability chart shows the performance and stability of processor that is in between 22. while the numbers are not much notable but remember it’s an entry level smartphone. While temperature chart has straight line that means it does not have heat sensor.

No doubt QMobile Noir X30i has shown good feedback but on the performance perspective it could have been more better if it had 1.5 GHz Dual Core Processor at least.

QMobile Noir X30i furnished with 512 MegaByte RAM and 4GB of ROM which can be further expanded upto 32GB. Obviously the 512 MB won’t be able to fetch more data a time but it can work smoothly with 1.0 GHz dual core processor. The smartphone is specially designed for those who want to use social apps like Facebook, Whatsapp to stay connected with their loved ones. The smartphone in the range of Rs. 3000 to 5000 are usually having average specs.

QMobile has got 2.0 MP rear camera along with its own LED flash and VGA camera for selfies on front. The rear camera has Panorama Mode, HDR and flash control icon. In setting section; you can set different parameters like Geo-Tagging, exposure, color effects, white balance from general setting option. There is two different settings option for video settings and image settings. From image setting section; it provides different setting options Picture size, ISO, Shutter speed etc. while in video setting you can set video quality on/off microphone etc.

QMobile Noir X30i has geared up with 2.0 MP rear camera along with LED flash; even though it just has 2.0 MP camera but with great result. The camera comes with LED flash so you can take images in low light which sounds good for an entry level smartphone. The camera has different modes like Panorama, HDR for taking images. The resolution of images can also be set from settings; further you can set continuous shot up to 40 shots. The QMobile Noir X30i camera is able to making video recording with variant qualities like Fine, High, Medium etc. The camera section allows you to gallery from camera  app. The image we captured has (1600 x 1200) with 258 KB size.

The QMobile Noir x30i is equipped with VGA front camera; usually the VGA is not considered to be good for selfies but it commonly comes with entry level smartphones, where the company thinks to reduce the cost of mobile with a little compromise on quality. The image resolution is (640 x 480) with size of just 43 Kb.

The smartphone with average specs at an affordable price always catch the market with great shares. QMobile Noir X30i is a 3G enabled smartphone and boosted with 1400 mAh battery. The battery has good standy by time. Once the battery gets fully charged it can last for 4 to 5 days on standby mode.

QMobile noir x30i is a stately, stylish smartphone with matte black kevlar back cover and metallic color sides. The smartphone with dimension of (125 x 63 x 9) mm makes it handy and catchy which can be easily carry in hands. The volume and power button are placed on right side; microUSB port and audio jack found place at top side. Left and right sides has matte metallic color.

QMobile Noir x30i is small handy smartphone that easily fits in hand and weighs just 125 grams. The smartphone has kavaler back cover and camera is placed on top portion with LED flash.  Screen to body ratio is 57.83% which could have been more better.

The QMobile Noir X30i has colorful interface with usually usual android design.You will find some apps’ icons with analog watch calendar. notification area signal indicator and custom notification of installed apps. You can approach to settings from Quick setting button. The home screen has three slide and can b added more slides.

While testing the QMobile Noir X30i with Antutu Benchmark App; the smartphone has shown its peak performance and managed to get 10,105 point which itself an achievement for an entry level smartphone.We also attempted Multi-Touch Test and found its a 2 point multi touch screen.

In Vellamo testing, Our Qmobile noir X30i has  performed well. Vellamo checks the performance of every single core, Muti-core and browser. Well, in single core test named Metel; Qmobile noir X30i got 615 which shows its credibility and performance is average and efficient. In Browser testing, the smartphone has got 1054 that is very impressive performance from an entry level smartphone average specs. In Multi-core testing, Vellamo check the inter-communication of the performance, Qmobile Noir X30i has managed to get 751 points.

The QMobile Noir x30i has Mali-400 MP GPU for handling and accelerating the 2D and 3D videos and image on screen. While checking the GPU strength with GPU benchmarking tool, the Qmobile Noir X30i got 7,943 points with the average speed of 32 fps which is good and satisfactory result from an entry level smartphone. 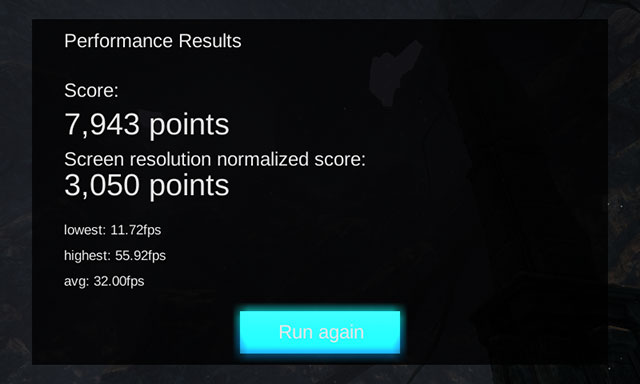 QMobile Noir X30i has 1.o GHz Dual core processor, 512 MB RAM and 4GB ROM. The smartphone with entry level specs has shown great efficiency and proved itself to be reliable. A smartphone with price of Rs: 10,950 with such great specs and latest OS 4.4 KitKat is an affordable device at good price.