realme is all set to extend its number series by launching the brand new realme 7i for the Pakistani customers. The news leaked reveal some exciting features for this phone including a 64MP Quad Camera and Snapdragon 662 processor. 7i shall be accompanied by an exhilarating movie, “realmeow” and realme’s Buds Wireless Pro. The launch will premiere live on realme’s Official Facebook page on December 15, 2020, at 1500 PST.

Before discussing the realme 7i specification, what is “realmeow” all about? For the first time in realme’s history, the brand is launching its official mascot, a designer toy, realmeow. According to realme’s Facebook posts, realmeow seems to come from an unknown world, a galaxy that is millions of light-years away from Earth. His adventures on Earth shall be shown in the movie that will premiere on realme 7i’s launch event. The character takes its image from a cat model and has been developed by Mark A. Walsh. Mr. Walsh is well known as the Directing Animator of Pixar’s Finding Nemo and Character Developer of Pixar’s Monsters, Inc.

With the tag line“Capture Sharper, Play Smoother” realme 7i supports a high-resolution 64MP Quad Camera, 16MP In-display Selfie Camera, and a master processor with Snapdragon 662. It uses an 11nm process, with Kryo 260 structure in CPU and Adreno 610 GPU, making it more powerful and efficient for gaming. It comes with a 6.5-inch 90Hz Ultra Smooth Display, a massive 5000mAh battery, supports 18W Fast Charge, and the largest available storage of 8+128GB. 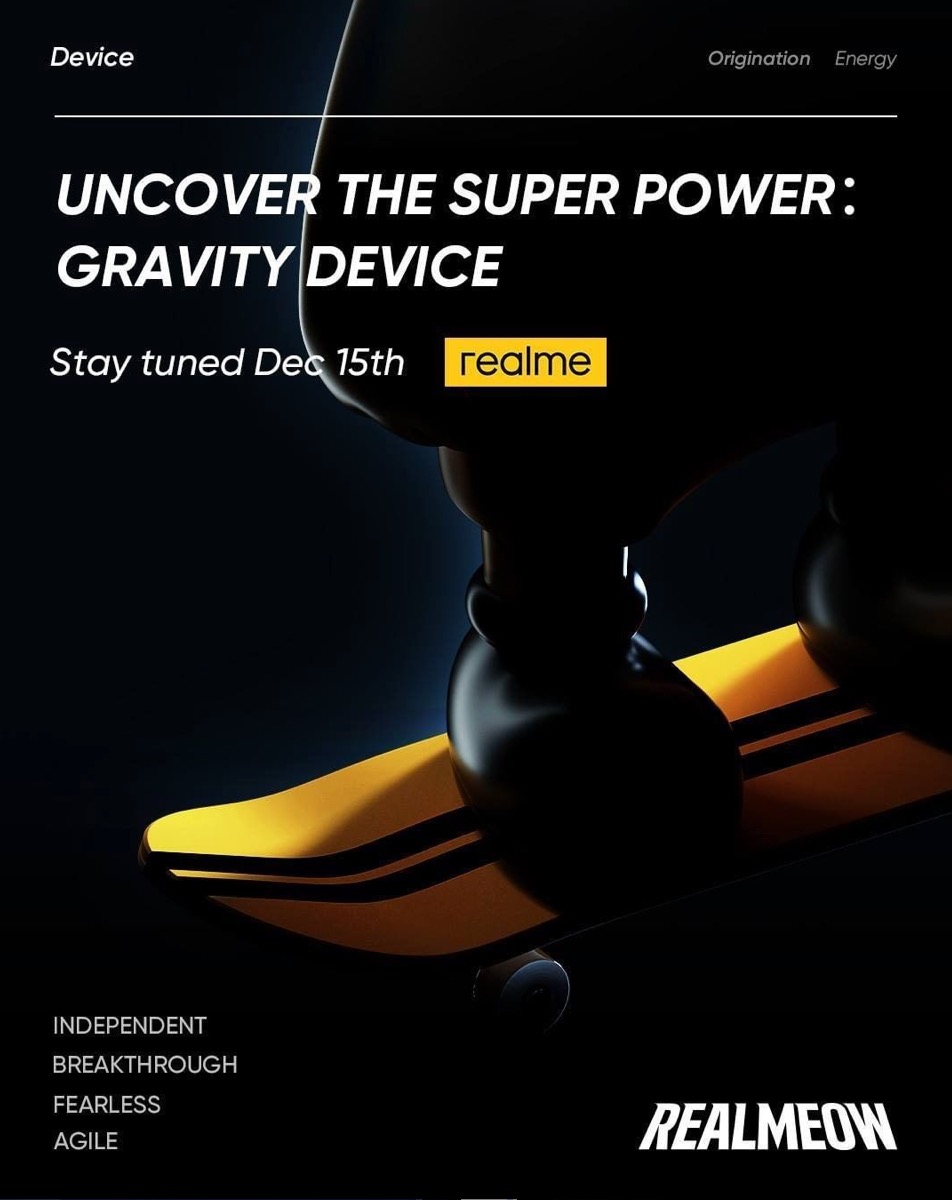 The brand also teased the audience on social media with the all new realme Buds Wireless Pro. realme shall be focusing on connecting multi-category products with mobile phones by building AI technologies and products around the core scenes of young people. It’s time to turn the #NoiseOffMusicOn with the Buds Wireless Pro, featuring Hybrid Active Noise Cancellation (ANC Technology) up to 35dB. Plus, there is a chance to win amazing prizes at the launch event. Just follow these simple steps to win the realme 7i, realme Scale, and realme Buds Wireless Pro

With the slogan ‘Dare to Leap’, realme keeps bringing the best quality and trendsetting smartphones for the youth. After the success of realme 7 and 7 Pro, realme brings another amazing device for its customers. 7i is expected to open new horizons with a massive 8+128GB storage and Snapdragon 662 processor.