Samsung Galaxy A22 5G Appears on Geekbench with Dimensity 700

The phone has appeared with the model number SM-A226B. The phone will come with a Mediatek Dimensitty 700 chipset (MT6833V/NZA model number) and 6GB RAM while booting Android 11. The phone managed to score 562-points in the single-core test and 1,765-points in the multi-core department. 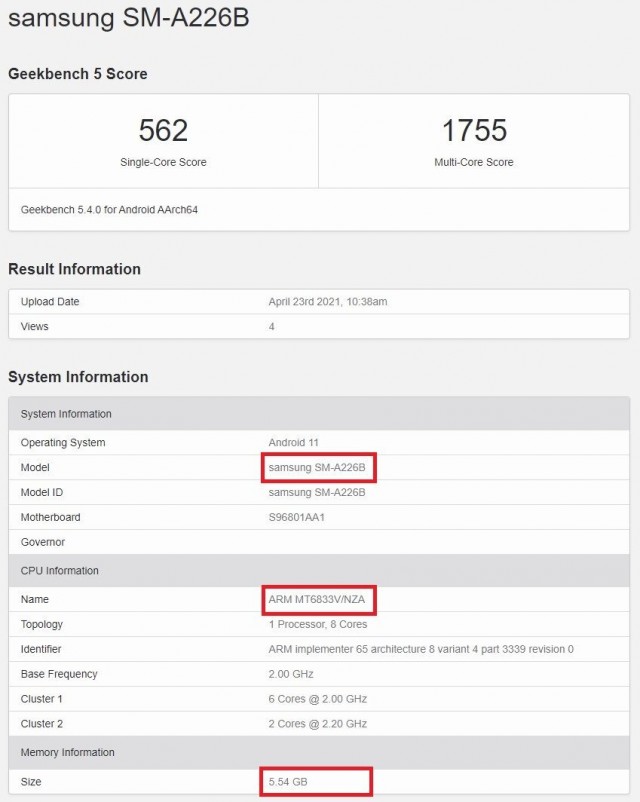 This is all the Geekbench listing has revealed. But thanks to the previous leaks, the Galaxy A22 5G will also bring a 48MP primary camera, 8MP ultrawide and two 2MP helpers. The front will house an Infinity-V screen and a 13MP selfie camera. The Galaxy A22 5G is expected to launch at around $200/€230 in the coming months. So we can say that it could be one of the cheapest 5G smartphones to be available in the market.

On the other Samsung is also going to launch its m-series smartphone, M42 5G, in Pakistan on April 28. The phone will also come with handsome features and specs.