Twitter is experimenting with a new feature that might prohibit responding by the users you don’t want. On Wednesday the social network revealed it was carrying out a test version of a feature that allows users to pick who specifically is eligible to respond to a tweet.

Here’s how it works: you are writing your tweet and adding the people you want to be able to respond. You then press the “permissions settings” in the left corner at the bottom. So you will have three choices on who can comment, “all,” just people who you follow or only people who you name.

This feature will allow users (whom you have restricted) to like, view and retweet but won’t be able to respond to your tweet. It’s uncertain at this stage whether users will configure their own permissions for their responses to your initial post. 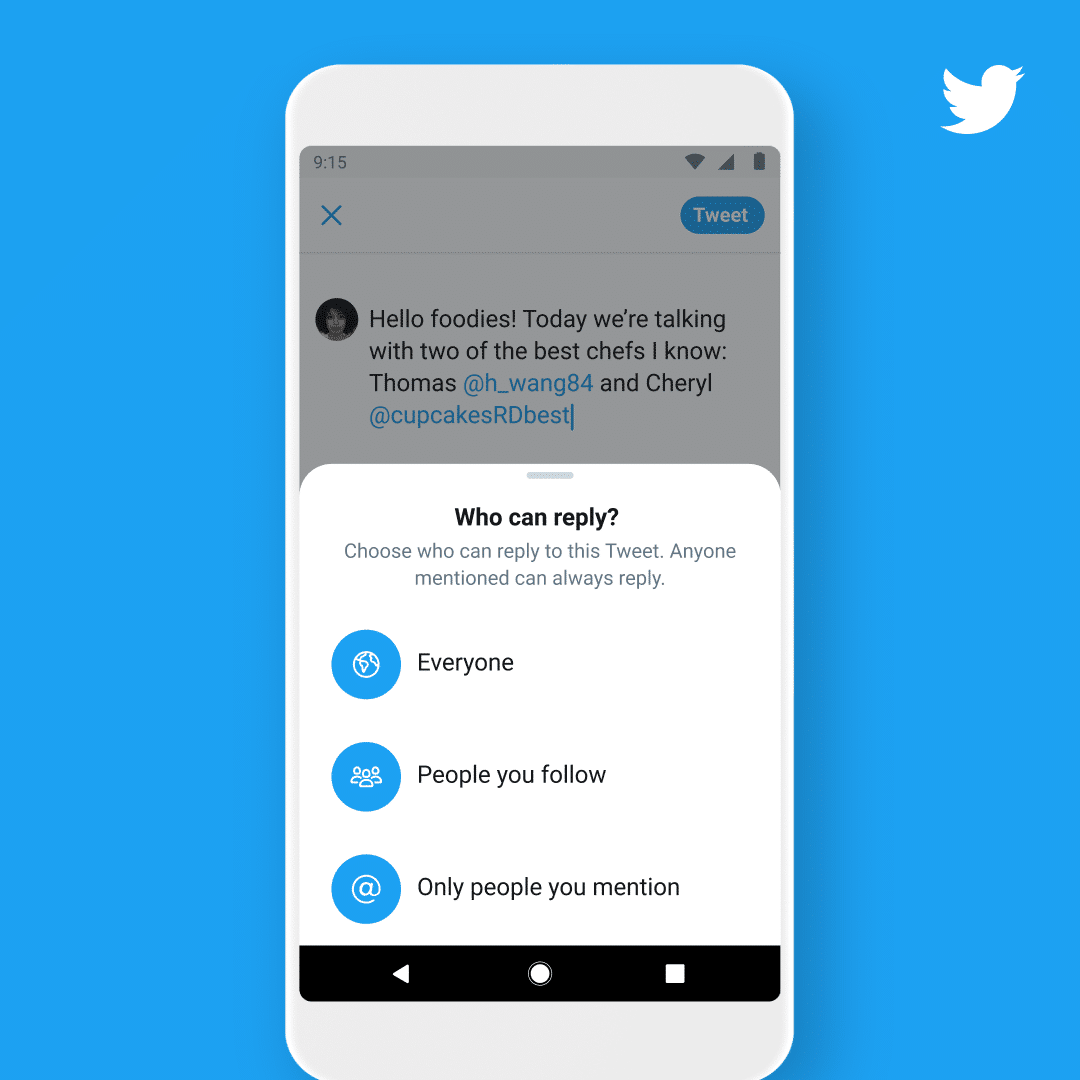 “We have been working since last year to allow users greater power over their interactions starting with the opportunity to mask the answers. We have started to seek out new ways of beginning discussions with casual, brief feelings. And now, we ‘re testing new settings that will allow you to select who can respond to your Tweet and enter your chat”, said Twiiter official in his tweet,

This new update is very helpful, especially in cases where professional help is required. We still don’t know, though, when or if the feature will be rolling out to the general masses. Yet whatever it happens, it will change discussions on Twitter for the best.