We all know that Xiaomi Launched Mi Mix 3 back in October. At the time of its launch, the company claimed that Xiaomi Mi Mix 3 5G Variant will arrive next year. Recently, a photo surfaced on Weibo revealing the 5G Version of the handset.

The co-founder and president of Xiaomi, Lin Bin posted a photo on Weibo. Furthermore, he assured the fans that the company will fulfill its promise. Xiaomi will try its best to manage to launch the device ahead of MWC 2019. However, if that happens then it might be the first smartphone to bring 5G support, overtaking Samsung, OnePlus, and Huawei. Let’s have a look at the photo posted by Bin. 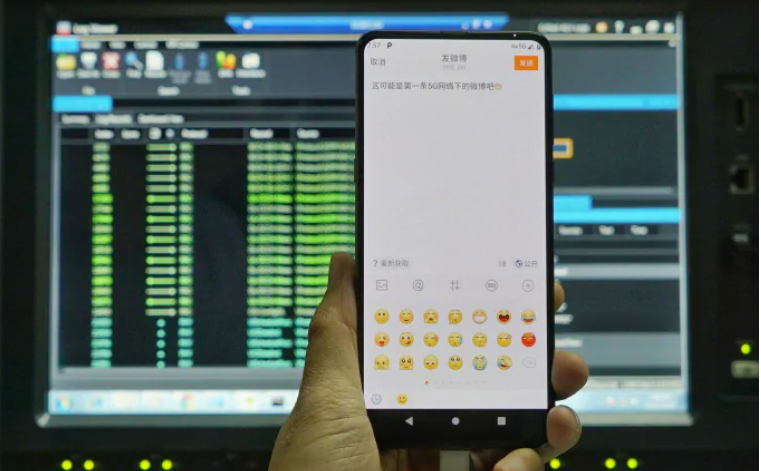 You can see the 5G Logo at the top right corner suggesting that the phone is connected to a 5G network. At the left corner, there’s also an Android Pie logo that shows that the 5G version will get Android 9 Pie Update. The 5G version will have the identical specs as that of Non-5G Version.  However, if you don’t know the specs of Xiaomi Mi Mix 3, then have a look at that too.