Xiaomi Pakistan has just shared the launch timeline for its upcoming Redmi Note 10 series. The company made this announcement on a social media by uploading a post.

According to the post, it is still not decided that which editions will be unveiled at the launch, but one thing is confirmed that the Xiaomi is launching the Redmi Note 10 series in Pakistan in early March. The series will launch on March 4 globally. 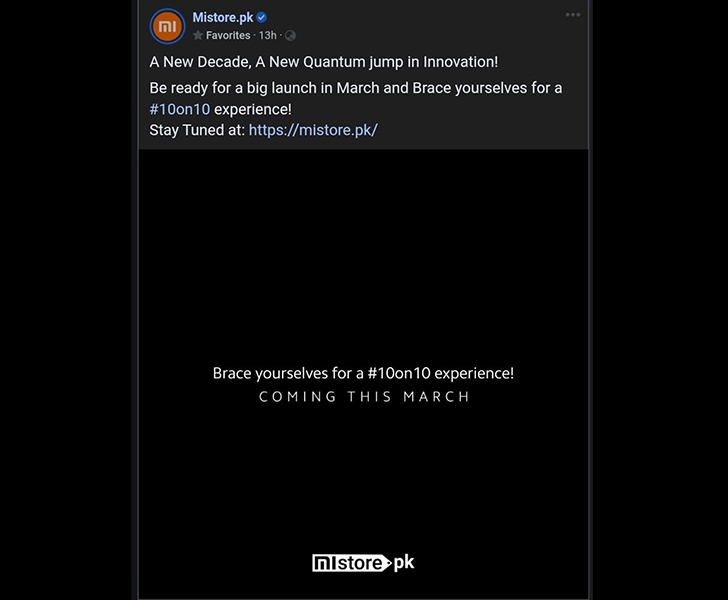 The Redmi Note series is considered to be one of the Xiaomi’s best-selling devices. Xiaomi sold over 200 million units of the Note 9 series, so we can expect that Redmi Note 10 series will also grab the attention a weeks ahead of the launch.

Furthermore, the Redmi Note 10 4G features a 1080P LCD, an 8MP selfie camera, and a 48MP primary shooter. The powerhouse of the phone is backed by a 6000 mAh battery and fast-charges over 22.5W.

Xiaomi Redmi Note 10 Pro is powered by the Snapdragon 732G and has an IPS LCD screen. The quad-camera of the device is coming with a 64MP primary sensor, a wide-angle lens, a macro lens, and a depth sensor. In addition to that, the Note 10 Pro’s powerhouse is fueled with a 5050 mAh battery.