Anusha Rehman has been appointed as the Minister of Information Technology and Telecom.  She was elected as member of national assembly on women reserved seats from Punjab.

Anusha Rehman is an Advocate by profession and has always been very keen on the IT related issues. During the tenure of Pakistan People’s Party government she was a member of National Assembly she raised the issues of 3G delay and grey traffic in Pakistan. She strongly criticized the policies of the previous government and stated that the IT problems are no tackled properly. 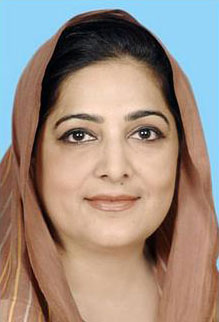 By the level of interest and concern in telecom that Anusha Rehman has shown is the past; we expect great things from now that she has been appointed as the Minister of State, IT and Telecom.

We will have to wait and see what future hold for  IT and Telecom in Pakistan.