Facebook the world’s leading social media network announced its Q4 results for 2016. The social media giant received $8.81 billion in revenue and $1.41 EPS. It dragged that from 1.86 billion monthly users, up 3.91 percent this quarter, or 70 million users, from 1.79 billion. The growth was a little slower than its 4.67 percent last quarter.

Facebook Announces its Q4 Earnings with $8.81 Billion Revenue. Now Mobile accounts for 84 percent of its ad revenue, the same as last quarter, making $7.248 billion. Indicating that Facebook has successfully completed its shift to mobile. Facebook CEO Mark Zuckerberg gave an update on their progress building a global community.

Following are the stats during the Q4 Earnings call:

“Our community now has almost 1.9 billion people, including 1.2 billion people active every day. More than 65 million small businesses use Facebook to connect with their customers.”

The major objective of the network is to focus on video across Facebook family of apps. Over 150 million people now use Instagram Stories every day.

He was asked again and again about Facebook’s video strategy. Zuckerberg is of the view that the company witnesses video as a mega trend. He further added that they have introduced a new camera in Messenger. And have started rolling it out in Facebook as well.

Here is the 10 year Roadmap of Facebook’s achievement: 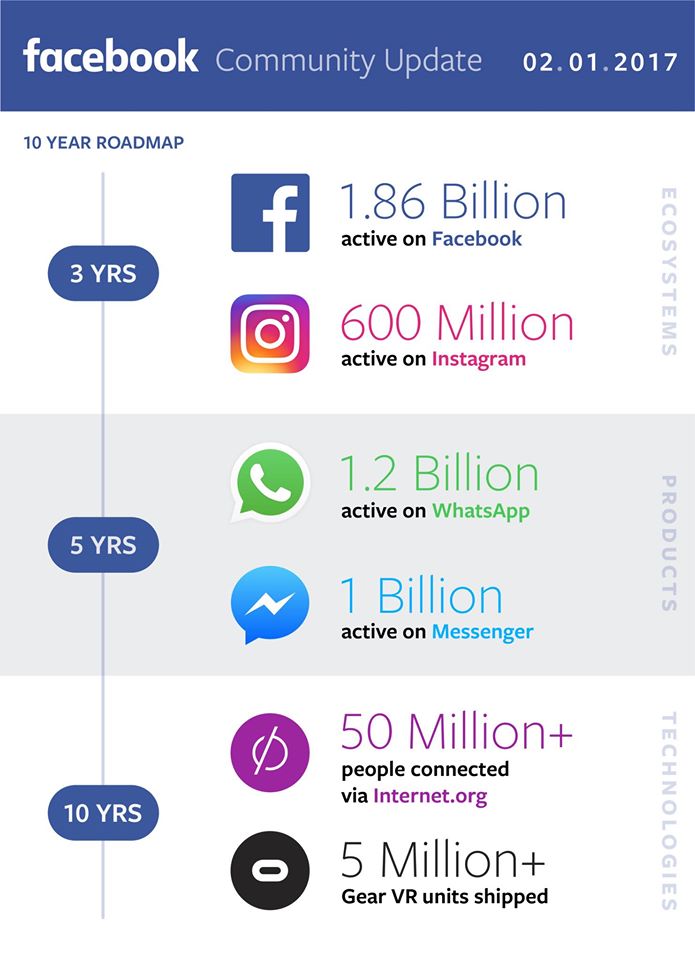 The social media giant has to work hard to continue to build the community. Facebook has ventured into a diversity of tasks, creativities and technologies with the indication of connecting more and more people across the world. It has also introduced many interesting features with the passage of time.