Google keeps on introducing new changes to its Apps without any official rollout statements. The company does so in order to remain in the limelight. Recently, some Gboard For Android users have reported that a server-side-update has brought some changes to their Apps. This new update has just made their Google Keyboards work differently.

The Gboard Latest Update has brought the tweaked Material Theme. We all know that almost all the Google Apps have got the refresh Material redesign. Gboard tweaked material theme is making its way to the users now. Moreover, now the users can see that whenever they enter key suddenly it looks a bit different. As a result of this update, the keys have become smaller and more rounded in the new theme. The search user interface has changed a little bit. In addition to that, the search suggestion bar has now rounded corners. These rounded corners are similar to that of the other part of keyboard like cards and GIFs. Furthermore, the GIF search bar is now smaller with a vertically scrollable interface and suggested searches next to it. 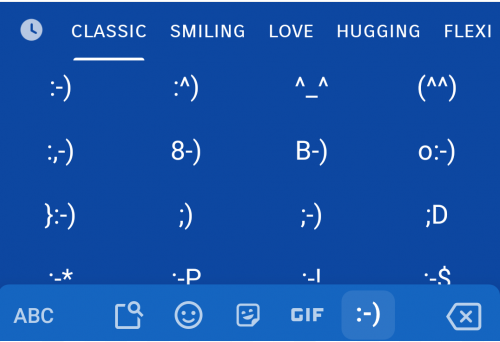 In addition to all this, new emoticons are also added to the App with this update. Many new emoticons like smiling, shruggie, table flip, and the always useful look of disapproval have been introduced with this update. Moreover, It has been reported that the WhatsApp is waiting for Google to complete the testing on Gboard end to flip the switch. The chatting app will automatically convert the stickers available on Gboard into WhatsApp compatible sticker format WebP with this new move. Furthermore, this new feature will also reach other third-party keyboards in the near future. Once the Whatsapp makes the integration live for Gboard users, they will be available for them as proper stickers.