The participating news partners mentioned by Google in their blog post are shown below in the image. Let’s have a look at that. 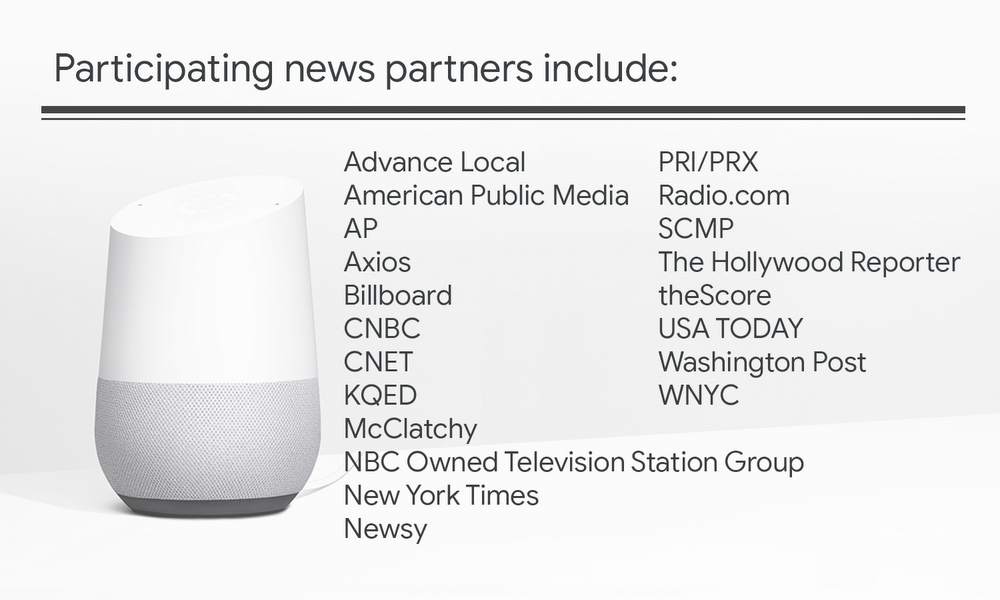 All the users who have been using smart speakers, smartphones or any other device featuring Google Assistant have access to this new functionality provided by Google. This new functionality has made Google assistant even more smarter. The new feature is available in English right now. However, it is expected that it will be available in other languages as well in the near future.

Furthermore, a few days back, Pretty Please feature was brought to Google Assistant. It is similar to Alexa’s behavior when someone is too polite with it.  Such features are introduced to reinforce polite behavior, especially among children. Whenever anyone will say something nice like “please” or “thank you” to Google Assistant, it will reward them with delightful responses. It has a very good impact on the kids. They can learn to behave more politely and kindly. Together with this, the Google Assistant also got updated lists. Users have the ability to manage several lists in one place using Google Assistant. They can now create new and named lists with voice commands. Moreover, these multiple lists can be stored in the Google Assistant app.  However, Google has also promised that it will soon add support for other services including Google Keep, Any.do, Bring!, and Todoist etc.