Google is rolling out a new server-side update for the Google Duo App. The new update has brought new changes and improvements to the App.

The new update is making its way to all the users. We all know that Google Duo’s contact picker had separate tabs for video and audio previously. After this update, all the users will have just one tab. It will let them pick audio or video after selecting a contact. However, if the users will choose the message option, they will have an option of sending an audio-only message. Before this update, the users were only able to send the videos.

In addition to all this, new doodling tools have also been introduced in the video messages. An option in the overflow menu has been introduced as well. It pulls up a multi-select screen where you can pick multiple favs at once. So, now you will not have to long press a contact to add it in the favorites. 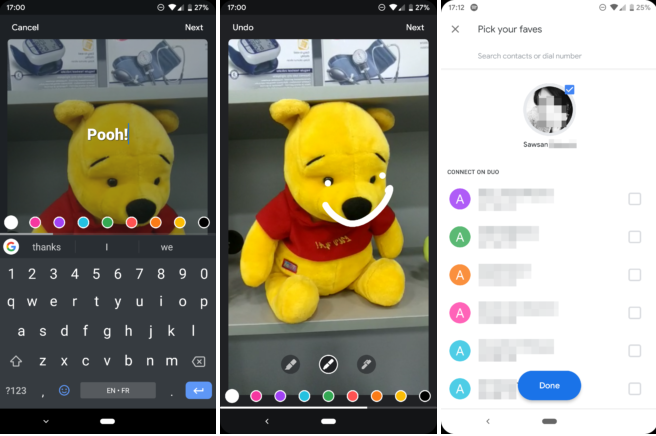 The development team of the Google Duo App has worked hard in order to optimize the video and audio quality of the service. The app comes with an improved interface and gives the best experience. Google Duo rolled out for both Android and iOS at Google I/O 2016. In addition to that, Google is now working on the expanding of the app, Duo. The App has rolled out for web users as well.