Gaming phones are becoming increasingly popular, and it’s obvious that Lenovo wants to keep up with Asus’s offerings. And, based from the looks of it, lenovo’s new gaming phone is going to be a tough competitor, however, offers a weird looks. 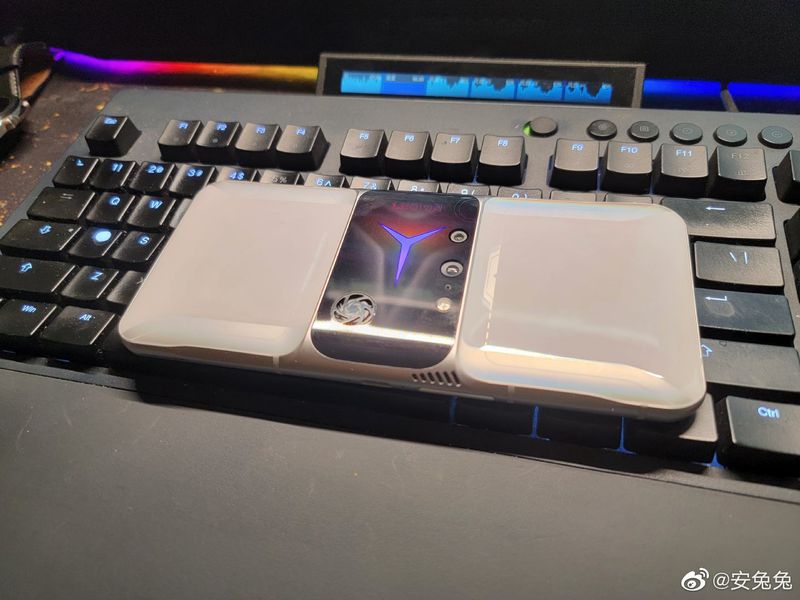 The new gaming phone will have a large 5,500 mAh battery, 90W (or even 110W) fast charging, and the same side pop-up selfie camera as the first Legion series. Lenovo isn’t the first to use a cooling fan in a gaming smartphone. The Red Magic 3 from Nubia had a cooling fan integrated into it in 2019.

AnTuTu’s official profile on Weibo revealed the design of the upcoming smartphone, which is set to arrive on April 8. On the rear, there will be a physical built-in cooling fan that will keep the cameras cool.

The second-gen version seems to be even more bombastic: the entire middle module is elevated with split panels on both sides, making it grips that are slightly reminiscent of a Game Boy Advance. Although there’s no hole for a front-facing camera somewhere on the screen, it seems to be an aesthetic change.

The Lenovo’s new gaming phone got stereo speakers which appear to be in working order, and the ‘ultrasonic trigger buttons’. Also, it’s side-mounted USB-C port, appears to be in place.