We all know that LG keeps on filing different patents for its upcoming smartphones. The company always strives to bring some innovative designs to give a tough competition to the tech rivals. Recently, the company has filed a patent for a smartphone that features three rear cameras and three front-facing cameras. The LG patent was registered with the WIPO (World Intellectual Property Office).

According to the latest patent by the company, there are three cameras in the notch cluster above the phone. However, the functionality of the cameras is not explicit but we can speculate that the device has a standard lens, an ultra-wide lens, and the third might be a ToF sensor.

The left side of the smartphone features the same separate volume keys and dedicated Google Assistant key. While the right side of the device has the power key and a long SIM/microSD card tray. Furthermore, the top of the device is blank like the LG G8 and V40. Let’s have a look at the patent. 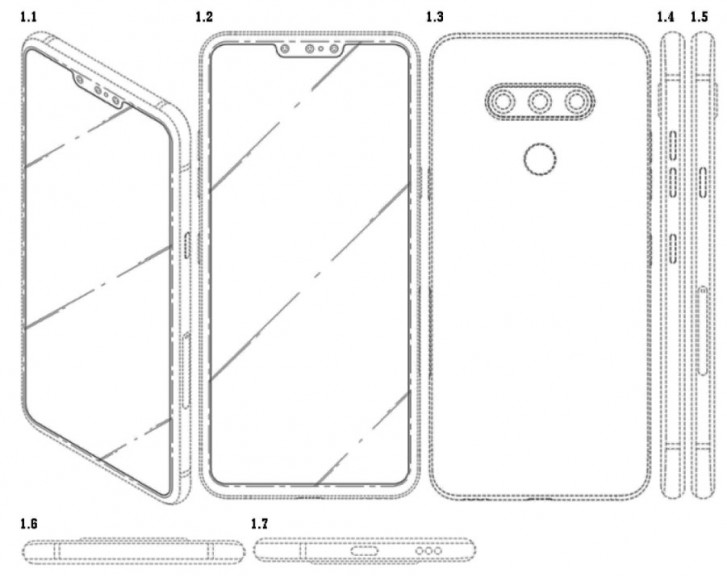 Apart from the triple selfie cameras, one key difference is the absence of a headphone jack. The company may stop offering the headphone jack in the upcoming devices. The smartphone could be a successor to the LG V50 that was launched about a couple of months ago at the MWC. The rear of the handset looks very similar to the LG V50 with its horizontally placed triple camera. So, it is speculated that this might be the successor of LG V50.