Pakistan May Suffer Slow Internet Due to Fault in Submarine Cable. As PTCL has announced in a recent tweet about the damage of the submarine cable. this damage effects the PTCL and its users first hand as PTCL is the most commonly used broadband connection in Pakistan.

Pakistan May Suffer Slow Internet Due to Fault in Submarine Cable

The submarine cable has been faulted with bandwidth scarcity on the western segment and it is now being restored. However, some alternate arrangements for the users are in place. 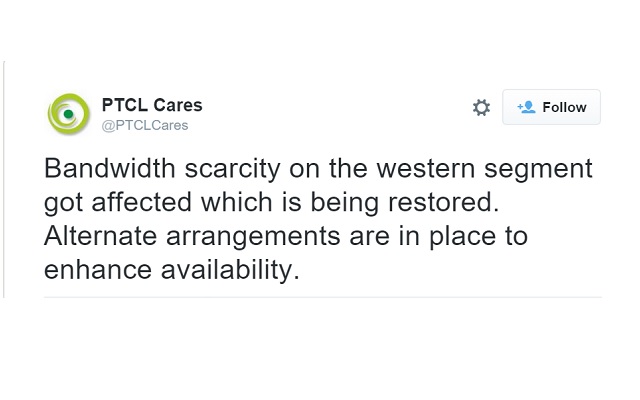 There are some other reports which say that there may be more than one cable damaged – so for the internet users the most convenience point of access is calling the PTCL on their help line 1218 and asking them about the current situation. Usually, there is an automatic message which is relayed on the number, if there is a genuine problem.

Prior to this, the cable had been damaged in July this year, when the international submarine cable, SEA-ME-WE 4, experienced a fault in the Arabian Sea. It impacted Internet services in the region including Pakistan.

Also Read: Internet Speed Slows Down in Pakistan Due to Fault in Submarine Cable