The official website of “Pakistan Tehreek-e-Insaf” (PTI) got hacked yesterday night by a hacker group who call themselves as “Voice of Pakistan” and claimed to operate as “Death Aadders Crew”. PTI Official Website Hacked by “Voice of Pakistan”.

Interestingly, the website was hacked few hours after the press conference of Aisha Gulalai, in which she announced to resign from PTI party with serious allegation against the President of PTI “Imran Khan”.

Also the hacker posted some messages on the website demanding “Imran Khan” to pay respect to the girls. The hacker further wrote that:

“We want old Pakistan, we need not new Pakistan.”

Here is the screenshot of message being displayed on the website: 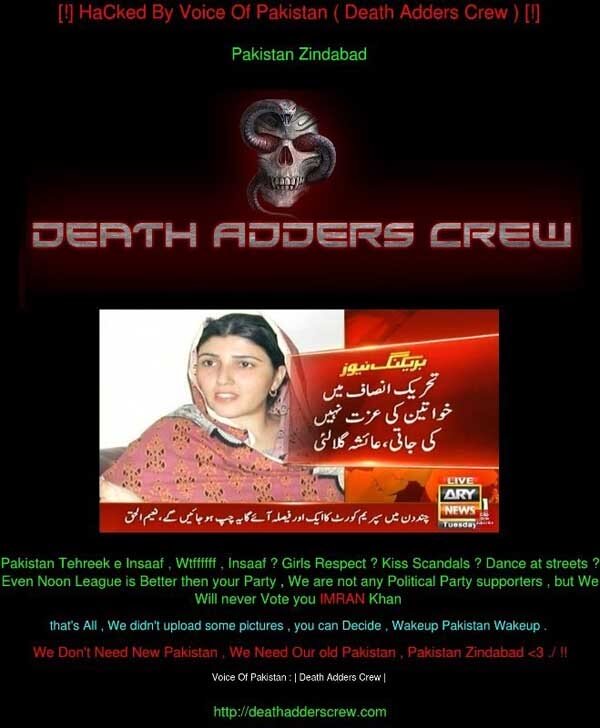 The PTI’s technical team is currently working to recover the website but it is still unable to recover it.

This is second time that the PTI website has been hacked as previously a group named as “Pashtun Cyber Army” also hacked it.