Because there seems to be some confusion ahead of the #RealmeGTMasterEdition launch, the variant pictured below (RMX3366) will be marketed as the "Explorer Master Edition", along with the "Master Edition" (RMX3361) I've leaked few days ago… You're welcome…😏 pic.twitter.com/CxxbcouYSw

This Explorer model will be powered by the Snapdragon 870 chipset. While the regular Master Edition will come with the Snapdragon 778 SoC. Moreover, both phones have different camera cutouts around the back.

However, the regular GT Master Edition has also appeared on the Geekbench listing. The listing has confirmed that the phone will be powered by the Snapdragon 778 chipset. The phone managed a 766-points single-core score and 2,599-points in the multi-core department. The listing also confirms the phone is running Android 11, presumably with Realme UI 2.0 on top. 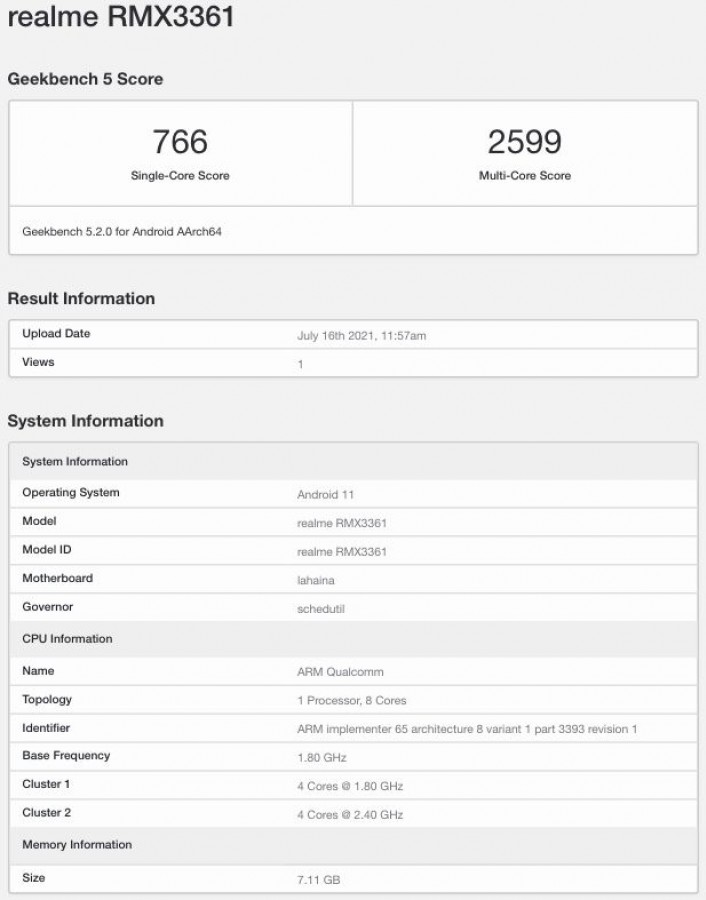 Previous reports have also revealed that the phone will have a 6.43-inch AMOLED display. It will have a 64MP primary camera and 4,300 mAh battery with 65W fast charging. On the other hand, the Explorer model will pack a large 6.55-inch AMOLED and a 50MP main shooter alongside a slightly larger 4,500 mAh battery.

We will get more official information about the phone in the coming days. So stay tuned.