Amid fears of a fourth wave of the pandemic driven by the Indian variant called ‘Delta, Sindh health department has conveyed a four-phase strategy to the National Command and Operation Centre (NCOC) to block mobile SIM cards of unvaccinated people in the province. 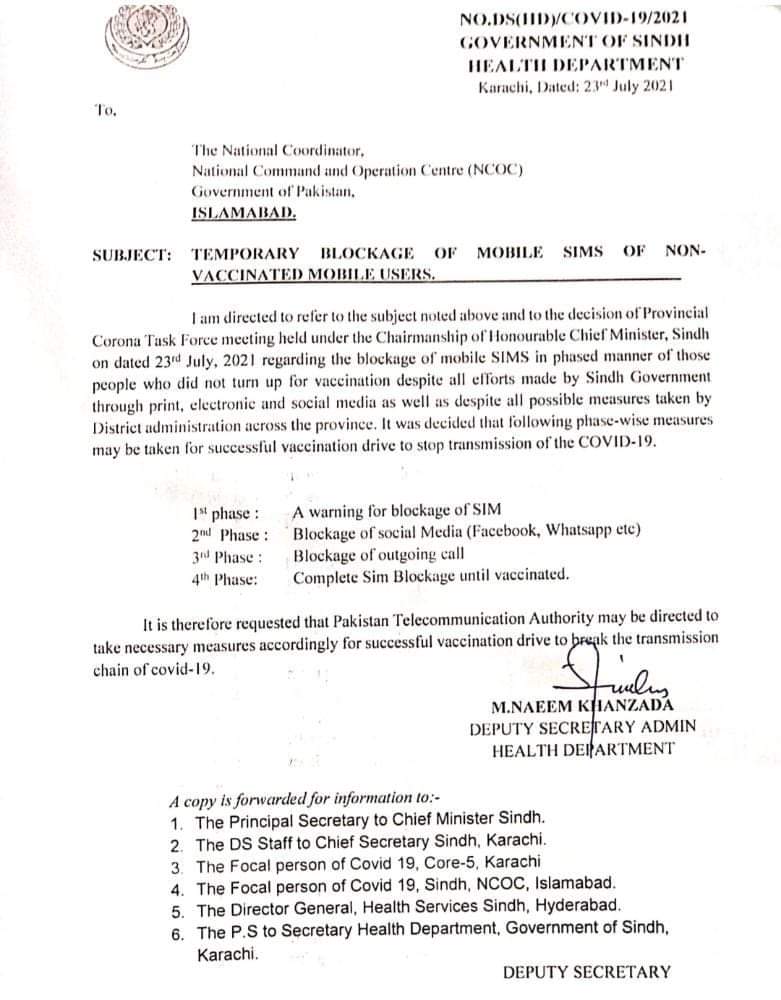 According to the letter written to PTA, among the four phases, the initial phase will be a warning sent to people to get vaccinated or face blocking of their mobile SIM.

In the second phase, the health department has recommended a ban on social media accounts of unvaccinated people. In the third phase, the calling services will be suspended while in the fourth phase the complete blocking of mobile SIM cards is suggested.

Chief Minister Sindh has also said that the PTA would be approached through the federal government to send messages to users to get vaccinated. People who are not getting their vaccine yet will face blocking of their SIMs in a week.

The chief minister further directed the provincial authorities to communicate the Sindh government’s decision to the NCOC.

Similarly, the Sindh govt has also withheld the salaries of the government employees, who had not got themselves vaccinated. In this regard, the chief minister directed the provincial finance secretary to contact the Sindh advocate general in this regard.