In yesterday Newspaper, PTI Government gave an ad to mark its 100 days in power. Though I loved the ad and the basic theme about it, many people on social media started trolling PTI government on its advertisement published in all major newspaper. Picture of PTI 100 Day’s Ad in Newspaper is shared below.

The government add read that “Hum Masroof Thy—We Were Busy.” One the next page of the advertisement was elaborated where all the major reforms done in PTI government were mentioned. But as nowadays people do not let go any chance of trolling others on social media, just to maintain the trend people started trolling this advert too. Some people also said that the money spent on this add could also be used for some good purpose and could also be donated in dam fund.

Now This is funny:

Me (coming out of washroom): “Hum masroof thay…”

SOme were criticising the advert:

What kind of pathetic one is this #ہم_مصروف_تھے ad from @PTIofficial from this money you could have done better maybe you would have given it to dam fund pic.twitter.com/MfyidbE8wb

The creative department should be fired if they came up with this third class idea. #ہم_مصروف_تھے pic.twitter.com/W0OfwtzFGB

Well, this was the reaction of people after seeing the ad on newspaper however in actual if you turn the page the Government revealed how much they worked in these 100 days and what is achieved and what needs to be done now.  The main idea behind this add was that the govt was busy doing the work which was mentioned on the other page. 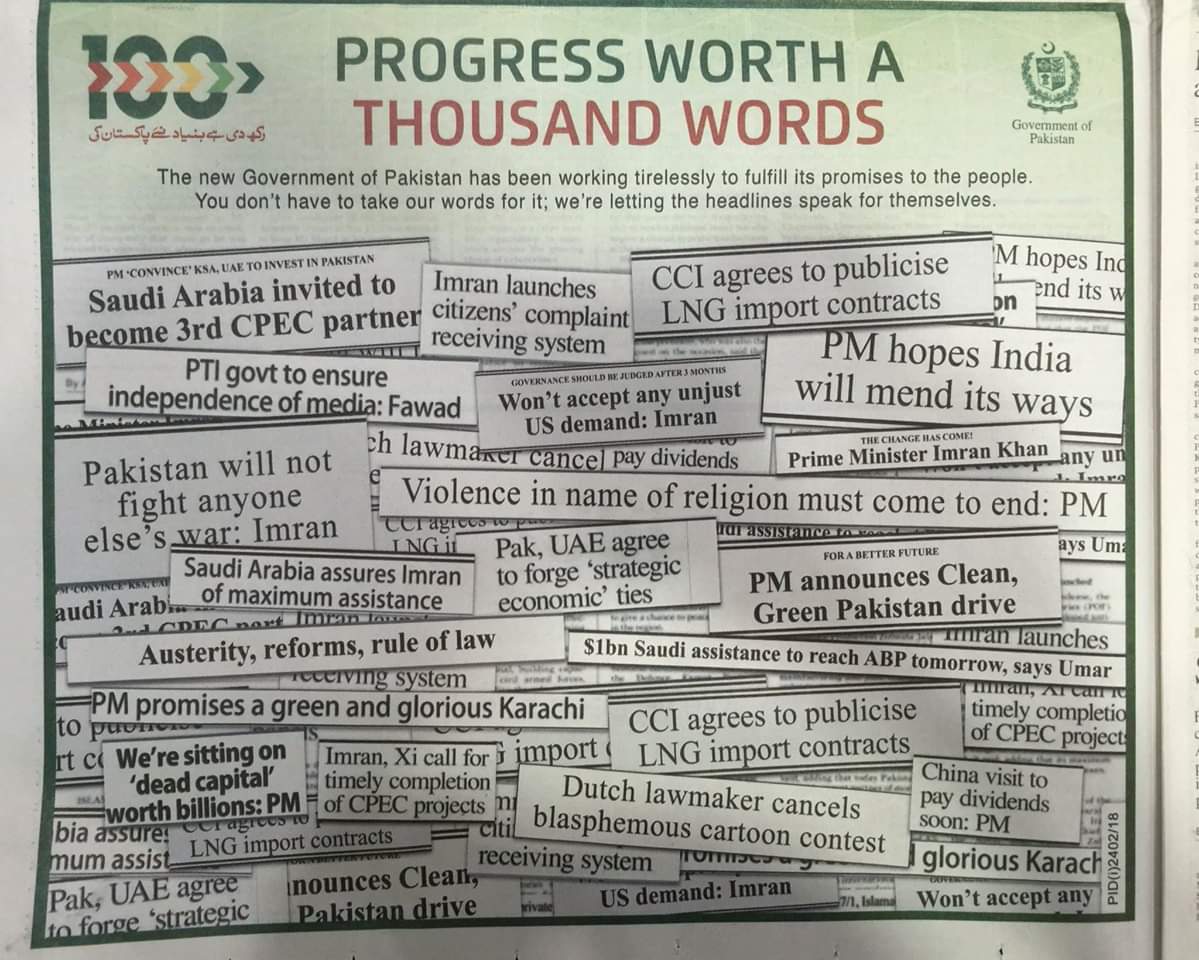 This progress was shared on the next page:

Previously,  Government of Pakistan had also launched its official website with an aim to track the progress of Prime Minister Imran Khan’s 100 Days agenda. A website site “pm100days.pmo.gov.pk” had been created so that the media and the public could track the progress of the PM’s 100 days agenda of the prime minister.

Well, I have a question! Why social media is always used as a tool to make fun of people?