We all know that WhatsApp PIP Mode rolled out for all the Beta Users back in October. Recently, we came to know that the Stable Version of WhatsApp that is 2.18.380 has started receiving a new update. WhatsApp latest update for stable version users has brought PIP Mode.

The update is rolling out to all Stable Version users right now. The PIP Mode has been available for all Beta users for the past few months. We don’t know why it took too long to make it available for the Stable version users. 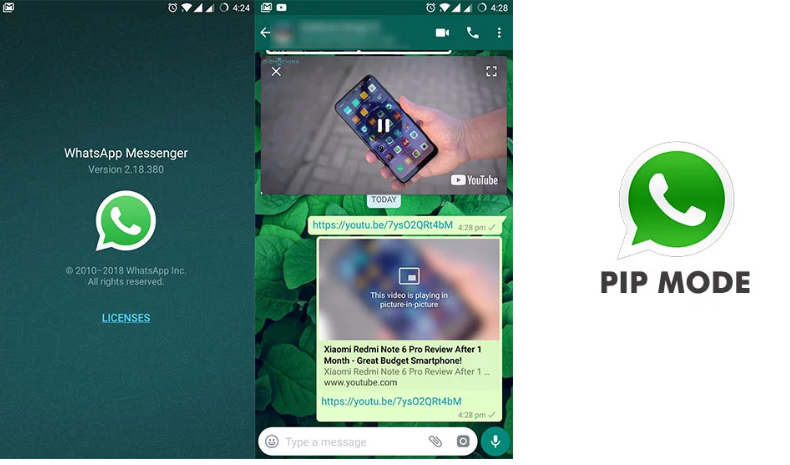 The PiP mode for WhatsApp stable version will give it an edge over other social messaging apps. The PIP mode is currently compatible with the third party Apps like YouTube, Facebook, and Instagram. This mode allows you to play a video within the App itself. This means that with PIP Mode you can make all the video links of the above mentioned social media channels streamable within the WhatsApp itself. It allows you to play the videos in picture-in-picture mode without leaving the chat with your friends and family. This feature was restricted for the Beta Users before. However, now the stable version users can also enjoy this feature. The PIP feature is enclosed in the Whatsapp stable version 2.18.380. So, All the stable version users who want to enjoy this mode must update their App from App store.

In the previous update, group managing features, refined search, “Mark as read” shortcut, group voice and video calls, dark mode and other such features have made WhatsApp even more interesting. Even though, the gesture-based replies have also been introduced in the last update. Let’s see what new WhatsApp will offer in its next update.