Microsoft held a hardware event a few days back in which the company made announcements about the Windows 10 Latest Update. In that event, the company unveiled the sixth major Windows 10 update – the October 2018 one. However, Microsoft has to pull the update temporarily due to some serious issues in the update.

An isolated issue was reported by a number of early users which confirmed that user files are going missing after the update process. So, the company decided to temporarily pull the update. Furthermore, they paused October 9 public roll-out. However, it’s for a good reason. The company wants to sort out the issues regarding missing files. Microsoft stated on this issue as:

“We have paused the rollout of the Windows 10 October 2018 Update (version 1809) for all users as we investigate isolated reports of users missing some files after updating.”

That’s actually kind of troubling issue for a few reasons. So, if you have managed to get an update notification or manually downloaded the package, DO NOT INSTALL IT! Otherwise, you may have to face such issues.
The company further stated that:

“If you have manually downloaded the Windows 10 October 2018 Update installation media, please don’t install it and wait until new media is available.” 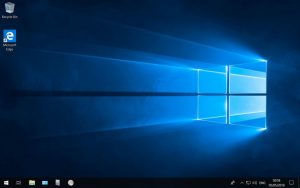 Although the chance of losing data is fairly small still there is no real point in risking it. Moreover, some other reports claim that some Windows Insider members have been experiencing file deletion issues for some months now. The issue seems potentially deeper affecting people from a long time.
Microsoft claimed that they’ll definitely keep an eye on the issue and will try to resolve it as soon as possible. Hopefully, the users don’t have to wait too long for the new update.