Xiaomi Company is a Chinese consumer electronics and associated software, home appliances, and household item creator and maker. It is the second-largest smartphone manufacturer after Samsung.

The date is the next important milestone for Xiaomi’s new electric vehicle (EV) branch, which was publicly unveiled earlier this year. According to a company representative, Xiaomi Corp Executive Lei Jun stated that the Chinese smartphone firm will mass build its own automobiles in the first half of 2024. The remarks, delivered during an investor gathering, were initially published by local media and then verified by the corporation.

Xiaomi Plans to Manufacture its Very First Electric Vehicle in 2024

Zang Ziyuan, a director in Xiaomi’s foreign marketing department, shared the news on his verified Weibo account as well. A few months ago, Xiaomi announced plans to launch its own line of Electric Vehicles (EV), which resulted in the formation of a distinct business called Xiaomi EV Company Limited. Xiaomi shares rose 5.4 percent to HK$22.50, the highest daily percentage increase since May 12, extending advances for the third day in a row. 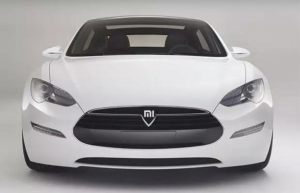 The enterprise is named Xiaomi Automobile Technology Co Limited, and it is based in Beijing, with a capital of $156 million. The company’s priorities will be new energy vehicles, car production, and technological development. However, it should be emphasized that the entire capital of $156 million is just one-tenth of the company’s original capital of $1.56 billion when it was incorporated in September. Furthermore, it is reported that the business will be working on automotive accessories and peripherals before the debut of their main vehicle.

Xiaomi’s founder, Lei Jun, announced that the business will begin mass-producing EVs by 2024, implying that the automobiles will hit the market around the same time. The business has increased hiring for the unit, although it has yet to clarify whether it would build the car independently or in collaboration with an existing carmaker.

You may be also interested in: IHC Decides to Review New Social Media Rules